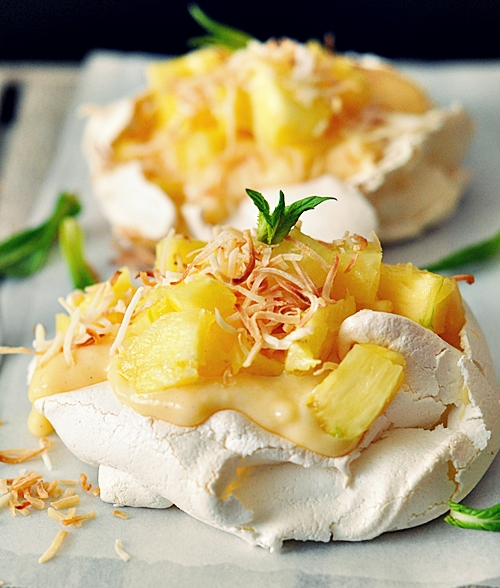 When I had my first pavlova (pav), I immediately fell in love with its contrasting texture of a crispy exterior and  marsmallowy interior. Top with dollops of whipped cream and fresh fruits (most commonly passion fruit /berries),  you’ve got to agree that pav makes an irrestible dessert to pass up, right?

Although the ingredients required to make a pav is an easy one, the technique of making one can be tricky!

My first baking experience with pav was rather a long and stressful one even though I made it from a ready-made powder mix (a gift from my workmates to celebrate my Australian permanent residency status some years ago). I followed the packet instructions to a tee and was totally crushed when the end result was a heavily cracked mess (Back then, I didn’t realise that it’s okay to have cracked surface). However, I tried to “salvage” it by crowding the top with fruits: sliced kiwi fruits, strawberries, blueberries and raspberries. At the time I thought it’s best to let the fruits be the star of the dessert instead of the pav.

It’s been years since my last pav baking experience. When I was looking for a recipe to enter a recipe competition using a fresh pineapple as the main ingredient, I’ve decided to bake it once again.

Call me crazy, but this time was from scratch! As if the pav itself isn’t sweet enough, call me crazy (again!), I’ve decided to substitute whipped cream with homemade pastry cream. I’m craving custard and in my mind, custard and pineapple sounds delicious.  Plus I like to reap the benefit of not having leftover eggs yolks sitting awkwardly in my fridge. 🙂

(recipe is from The Original Masterclass – Le Cordon Bleu)

My choice of toppings:- 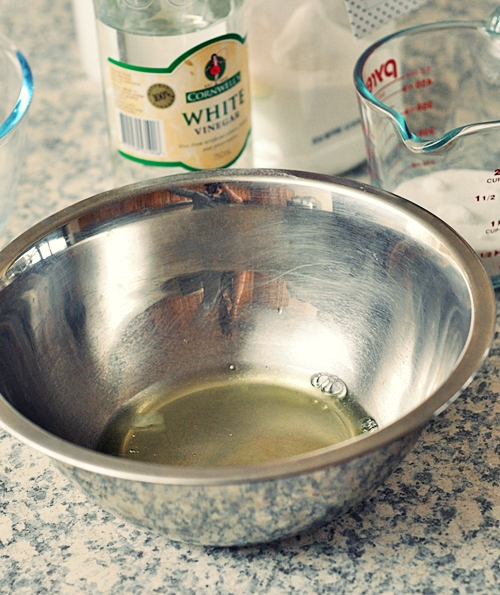 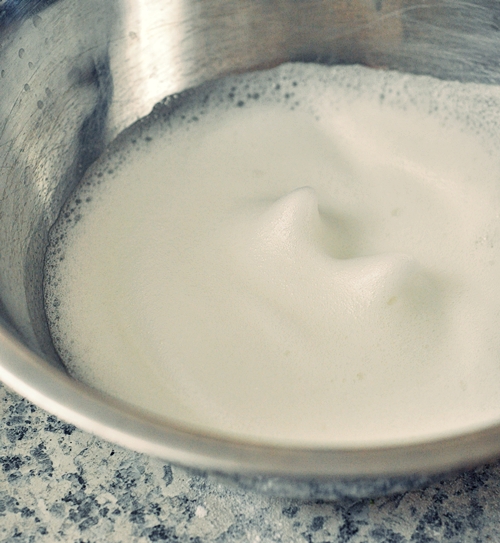 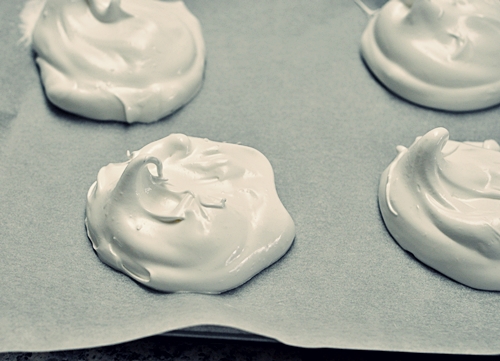 {ready to be baked} 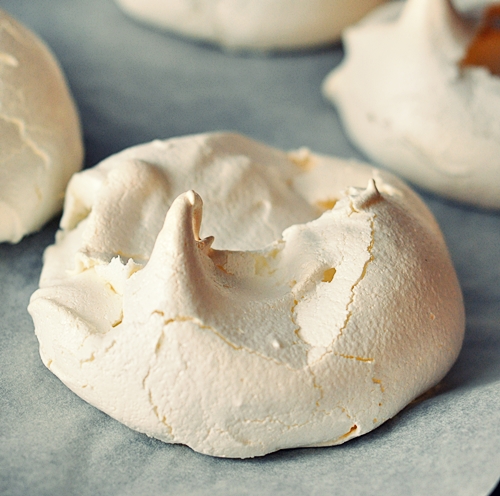 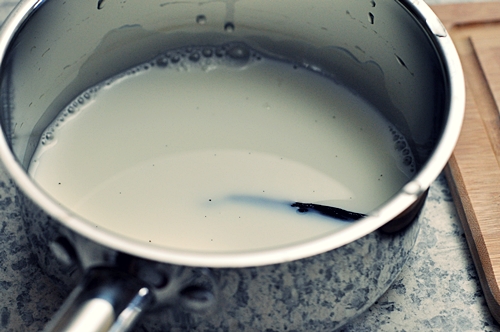 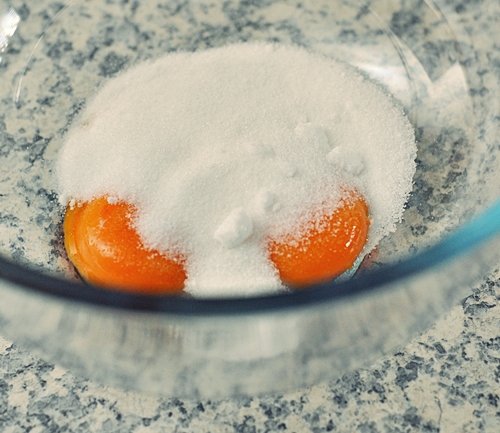 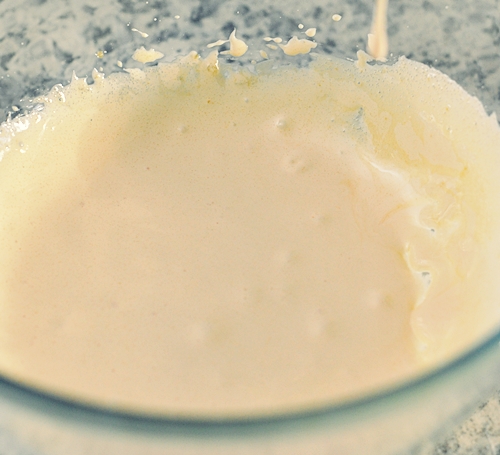 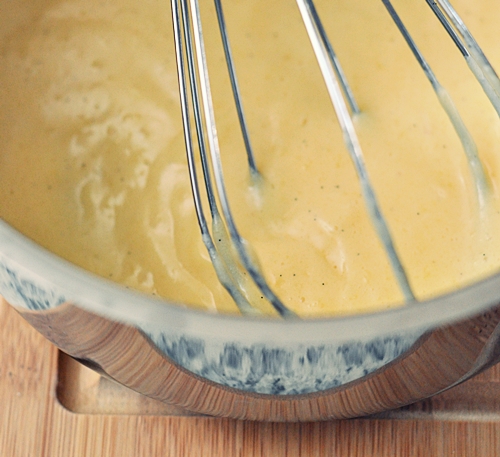 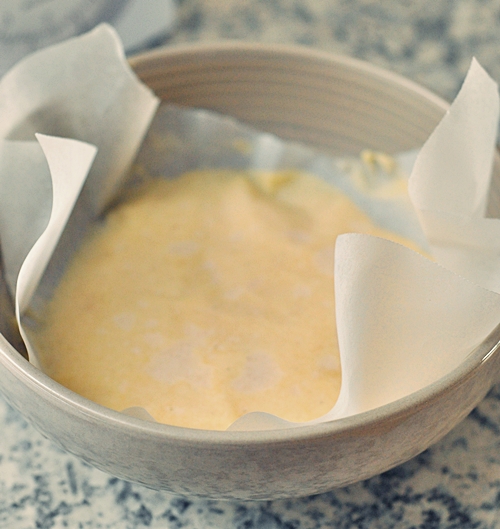 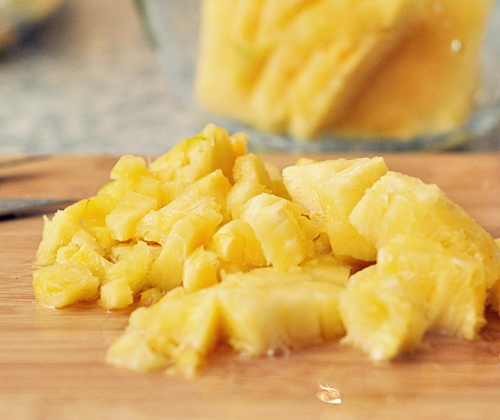 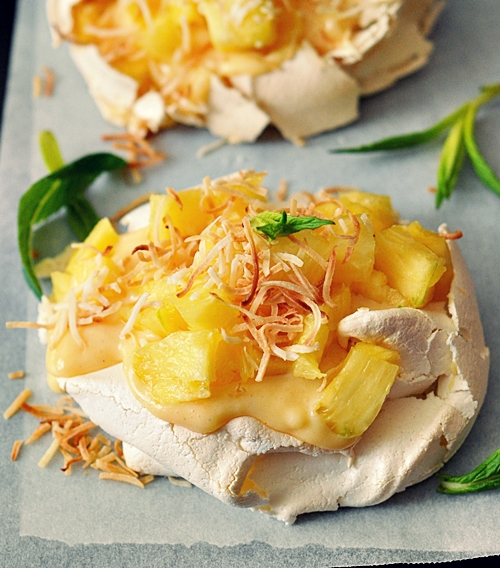 p/s: The reason I didn’t submit the recipe into the competition was because I wasn’t happy with the look of the pavs. Out of the four pavs I made, there were two that were heavily cracked and almost collapsed when the pastry cream and pineapples were added. However, what the pavs lack in the aesthetic department, it makes up for in taste. I must say I’m really prefer pastry cream over whipped cream as a topping as well as the whole tropical vibe I had going on with the pineapple and toasted coconut – which in tune with my desire for a tropical holiday!