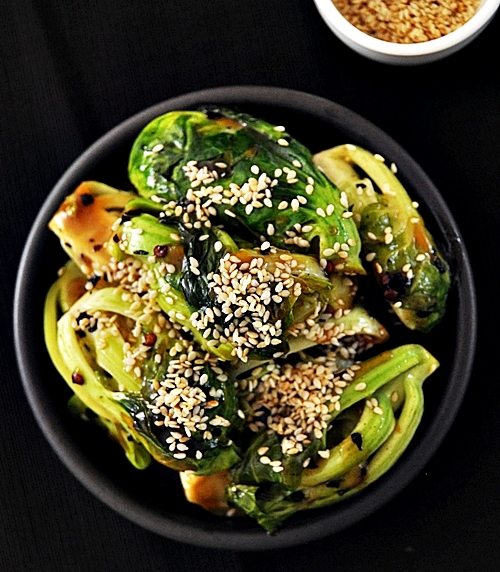 Hello everyone! It’s been a while since my last post and I’m glad to say after spending a couple of days of unpacking, my kitchen is finally ready for operation. Also, after spending a couple of days using internet on a stick (wait, I mean USB stick ;P) I’m more than ready to bid goodbye to my temporary fix of internet and welcome back my ADSL. During these times, I can’t help wondering how on earth did I get by with dial-up speed while I was in high-school?? 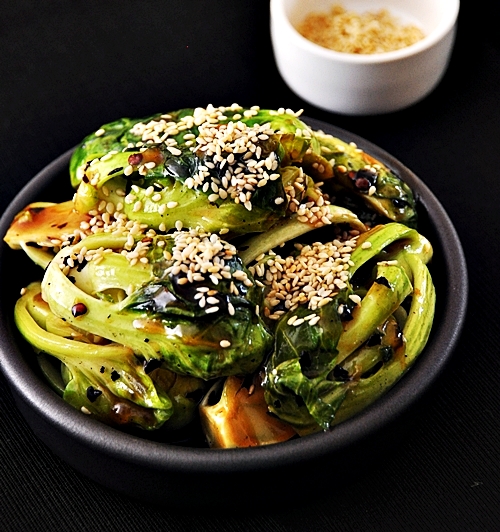 So here’s my first post from my new kitchen – spicy, sweet and savory brussels sprouts. A dish inspired by my favourite Szechuan cabbage dish picked up from a cookbook. In effort to capture the basic elements of a Szechuan dish, one needs to add chili for spiciness, sugar for sweetness and vinegar for souriness. Usually dried chili is preferred in this type of dishes for its intense spiciness and smokiness. But if your chili tolerance is on the low side, you can try with fresh chili or red bell peppers. 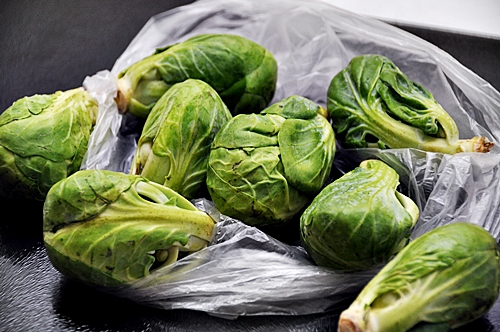 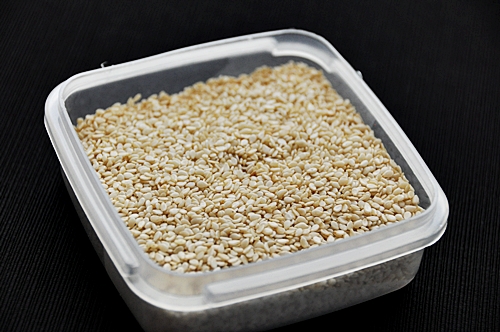 (inspired by A Little Taste of China)

Serves 2 as a side dish 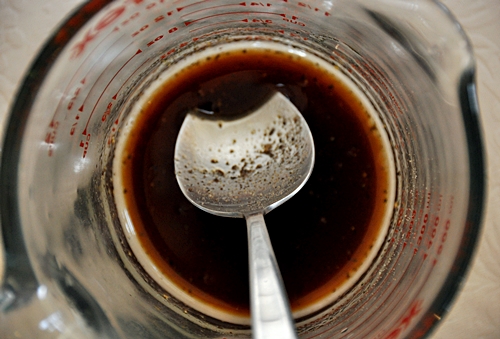 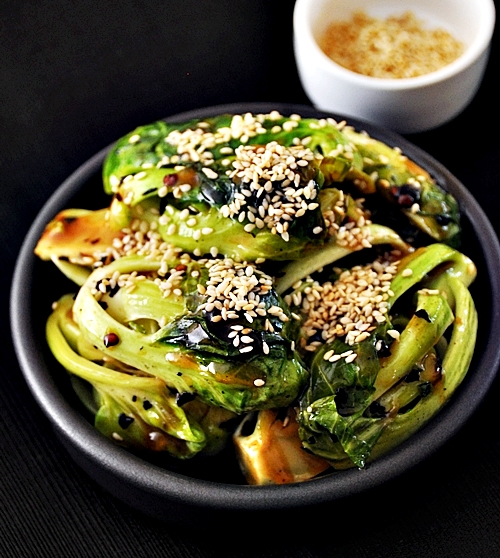