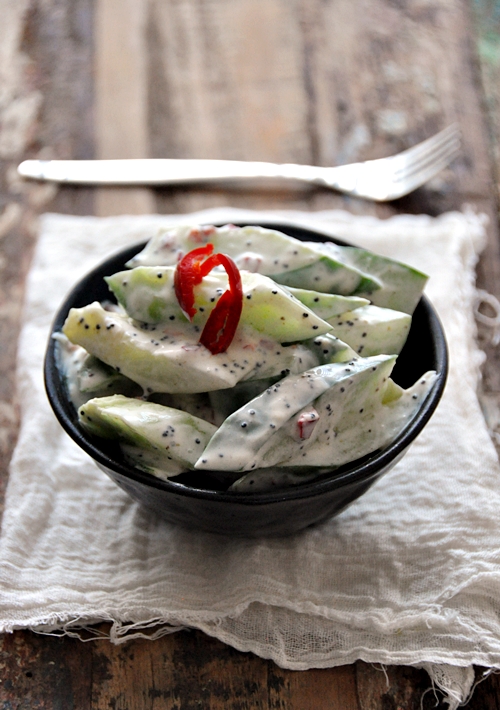 Having a florishing vegetable garden is a fantasy of mine. Watching Jamie At Home has given me a snapshot of the joy of growing your own vegetables. So I’ve started my first step by growing my own herbs in the kitchen.

Even though the herbs I grew were indoor, they didn’t escape the wrath of caterpillars and unidentified mirco-green-coloured bugs. I was trying to stay chemical-free with my herbs but keeping the bugs away from the herbs can be a frustrating process. I still have a lot to learn about gardening and it is not as simple as just-sow-and-let-it-grow like how it was potrayed in Jack and the Beanstalk ha! 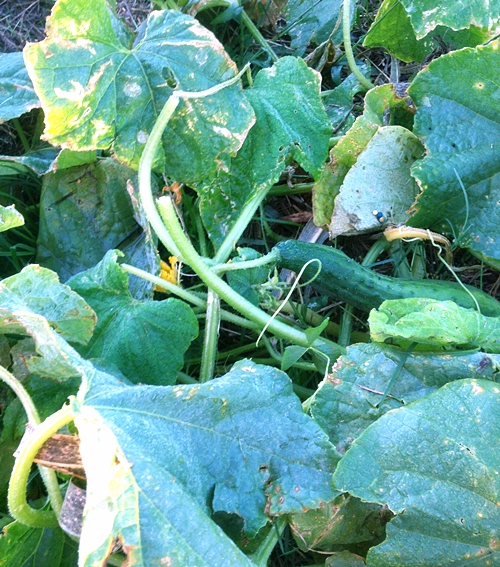 Until I find my magic green beans or a green thumb, whichever comes first, I’m living vicariously through a couple who has an impressive vegetable garden. Every seed that was sow has morphed into a wonderful produce, not to mention they ended up with abundance of vegetables which they have thoughtfully, share with friends and family.

I’m the friend you see. That’s how I ended with a gigantic, burp-free cucumber which I’ve morphed into a refreshing and creamy side salad.

(A recipe by Lauren Moneta, found on Alive magazine Summer 2013)

What you’ll need for 2 servings:- 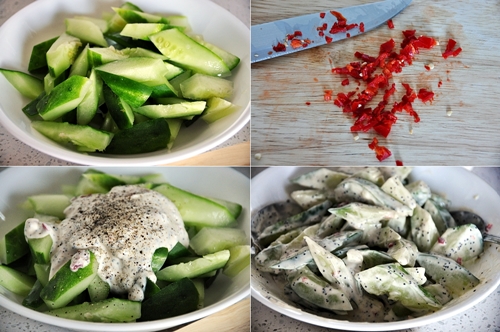 Slice cucumber into bite-sized chunks. Although it is not specified in the original recipe, I trimmed off the seeds a little so they do not water down the dressing when mixed together. Chop the chilli finely. In a small bowl, whisk together yoghurt, vinegar (or lemon juice), ground coriander, poppy seeds, sugar (or maple syrup), chopped chilli and a pinch of salt. Just before serving, pour yoghurt dressing over cucumber and toss to coat. Season to taste with black pepper.

Note – Chopping the chilli allows its spiciness to come through more in the salad. Otherwise, slice the chilli and toss with the cucumber before adding the dressing (instead of adding it to the dresssing as per the paragraph above). 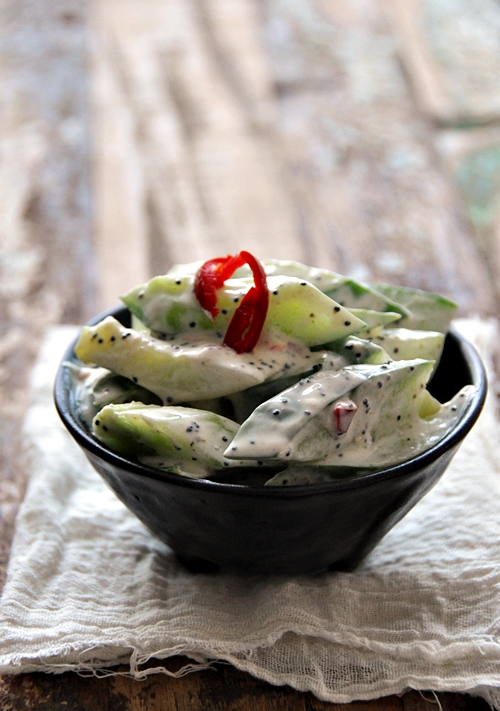