When I read the Nuffnang product talk opportunity on Heinz Squeeze and Stir in my inbox,  I was intrigued.

For convenience, I do keep some canned soup in my pantry especially in Wintery weather in Orange, the need becomes more apparent. When I’m not making soup at home, instant soup is really handy when I need something to fill my hunger in between meals and when I feel under the weather. I prefer the canned version than powdered version, simply because the canned ones are closer to the real deal.

So how about the Heinz’s Squeeze and Stir version?

When I first saw its packaging, I thought the soup better not taste like tomato paste mixed with hot water. And I’m glad it didn’t. Taste wise, it turned out to be quite close with canned tomato soup  minus the risk of chipping one’s manicure. My beloved really loves this. Since he is currently studying for his exam, his rate of “snacking” has increased exponentially. In effort to keep him away from the sweet stuffs, Heinz Squeeze & Stir is next best study mate! lol

Here’s how I had my Heinz Squeeze & Stir:- 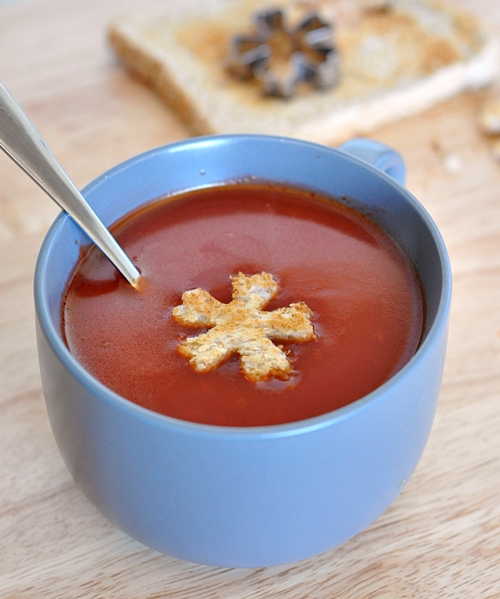 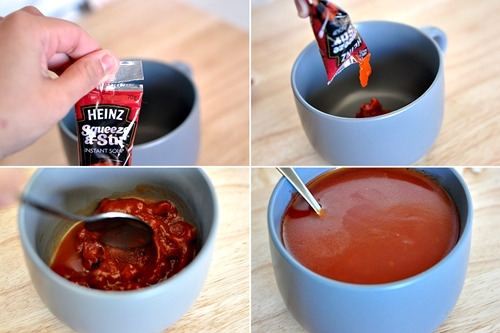 {Make according to the packet instructions. One thing I have say that it takes 2 packets to fill up a soup mug to the rim. Whilst the instructions are pretty precise i.e you need to add 50 ml to “loosen up” the paste and additional 180ml to make the soup. Realistically if I were to make it in the office, it would pretty funny to whip out my measuring cup to make the soup. So the general idea is to add just enough water to cover the paste. Once the paste has became more diluted, add more hot water to your preferred consistency and taste. Same principle with making instant soup or instant cappuccino  – staple food and drink for office people ha!} 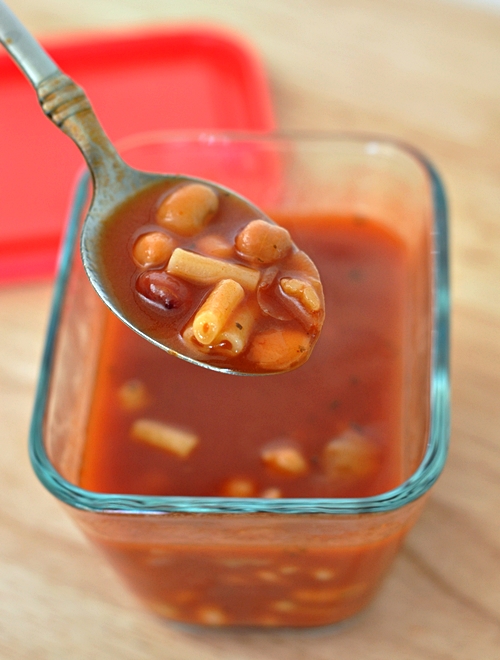 {What you’ll need to make this are 1 packet of Heinz Squeeze & Stir, cook according to packet instructions, add1 x 125g can of Four Bean Mix, drain and rinse with hot water and some leftover cooked small pasta.} 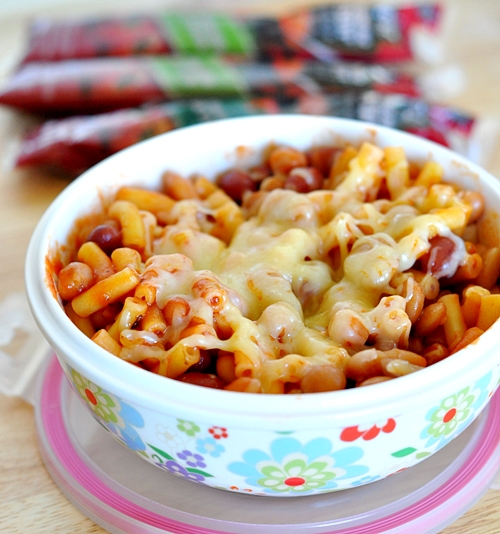 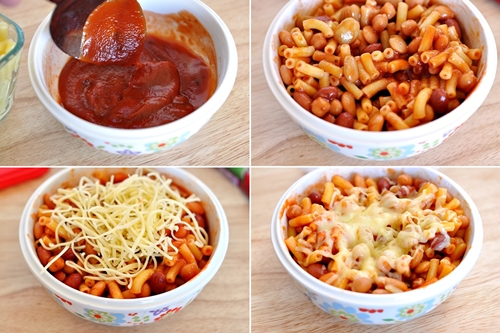 {What you’ll need to make this are 1 packet of Heinz Squeeze & Stir mix with enough water to achieve the pasta sauce consistency i.e half of 1/3 cup boiling water, 2/3 cups of uncooked macaroni or small pasta of your choice, cook and drain and a handful of shredded cheese} 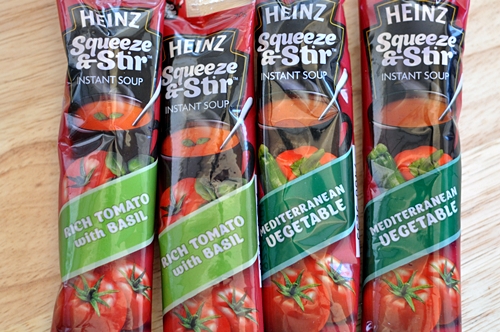 Note: This is not a sponsored post. 2 packets of Heinz Squeeze & Stir were provided to me for editorial consideration. The rest of the sachets I bought with my own money.