Meatzza – this may be the ultimate meat lovers’ pizza! Instead of bread dough, the pizza crust is made of mince beef. I watched an episode of Nigellissma on Youtube where Ms Lawson made a meatzza. If the domestic goddess says it is okay to make a meatzza, you follow without any question. I prefer to watch her in action instead of reading her books. Over the years, I have collected some of her cookbooks but it’s her shows and charisma that compelled me to try her recipes.

My beloved has returned from a 3 weeks overseas trip and we celebrated our reunion with a meatzza.  Whilst it is called a meatzza, it could easily be passed off as a gigantic burger without the buns or a meatball pancake with toppings! Despite the quirkiness of the dish, it was tasty and quite easy to make. I meant this dish has already won half of the battle with the melted cheese on top right? 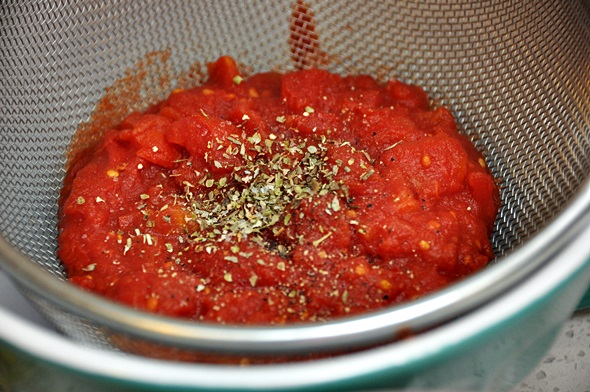 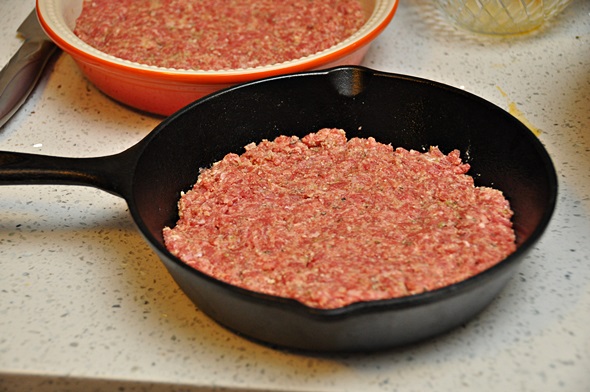 (adapted from www.nigella.com, with minor tweaks)

To make the “pizza sauce”: Drain the can tomatoes over a sieve as much as possible and then add 1 teaspoon of dried oregano, a pinch of salt and freshly milled black pepper. Set aside.

To make the “meat crust“: Combine mince beef, 1/2 teaspoon salt, black pepper, grated Parmesan, breadcrumbs or semolina,  fresh parsley (if using),  1 tablespoon of dried oregano, eggs and grated garlic in a mixing bowl. Use one hand to mix all the ingredient to just combine. Be careful not to overwork the mixture.

To prepare the meatzza: Before you do so, preheat the oven to 20ºC/gas mark 7/425ºF. Nigella’s way: Grease a shallow, round baking tin of about 28cm / 11 inches diameter and turn the meat into it, pressing the mixture lightly with your fingers to cover the bottom as if the seasoned minced meat were your pizza crust. I prefer a thinner crust so instead of using a 28m shallow dish, I used a 20cm/8 inched cast iron skillet and a 24cm/9 inches pie dish. I greased both of the vessels before pressing the meat mixture onto them.  Spread the tomatoes mixture onto the “meat crust” and sprinkle pizza cheese on top. Bake for 20 – 25 minutes or until the meat is cooked through and cheese is blistered. Remove from the oven and let them sit for 5 minutes and garnish with some fresh basil. Serve immediately! 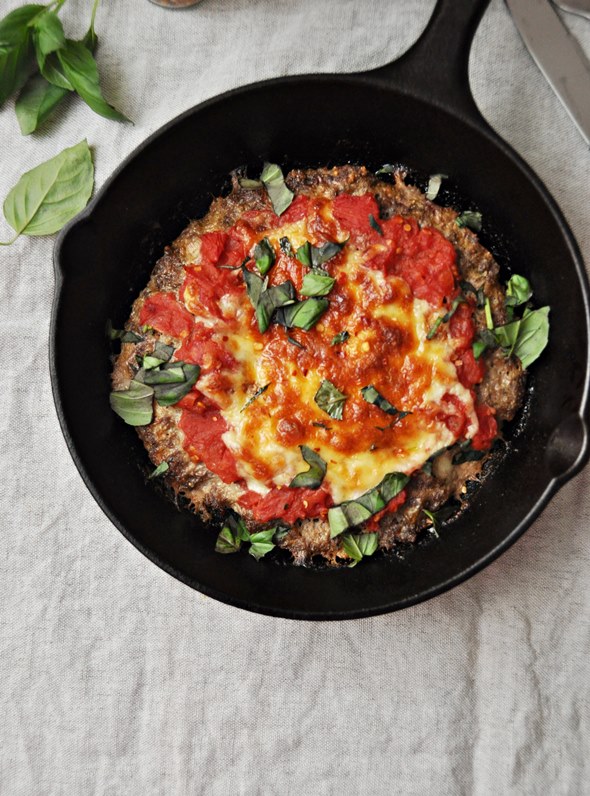 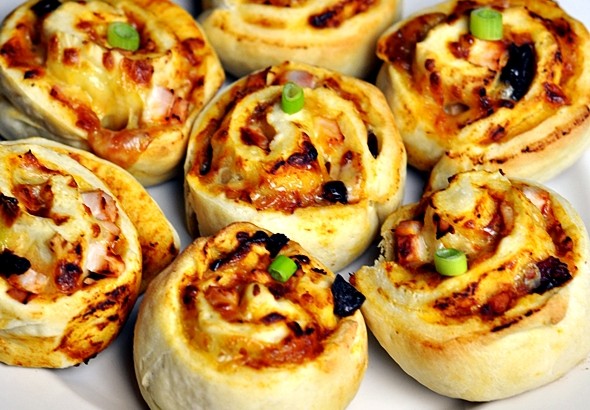 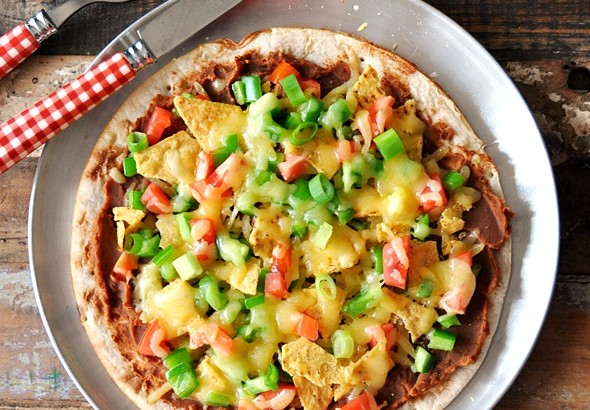 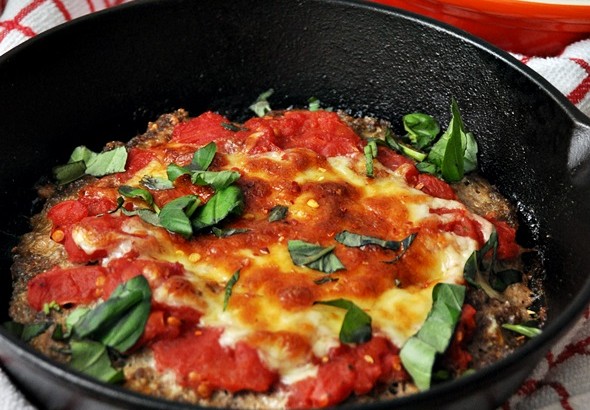 Meatzza by Nigella Lawson (from her book “Nigellissima”) 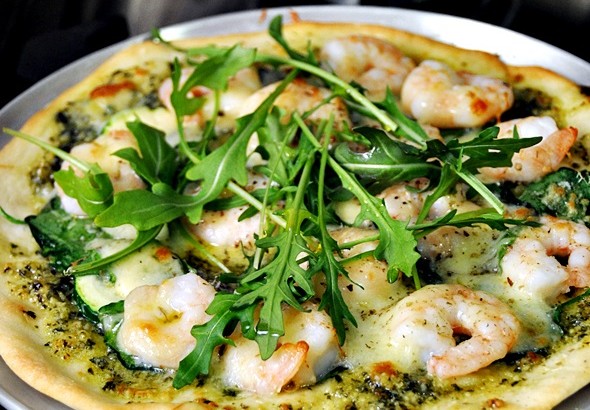