How’s your weekend?  Were you pre-occupied with to-do lists and finalising your menus for Thanksgiving? Honestly I’m having trouble deciding which the dishes will make the cut for the Thanksgiving party. 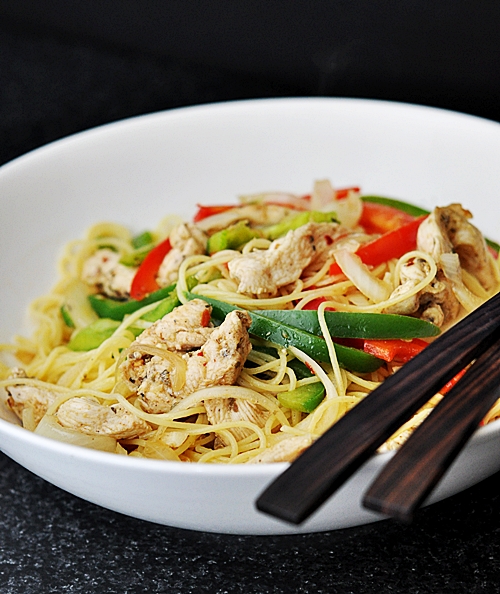 One thing for sure, I’m holding on to Donna Hay’s polenta-crusted potatoes recipe. I’m confident these potatoes will be a hit. As my potato dish is now covered, I’m looking for an easy pasta dish, something along the line of pasta bake. The idea of teasing my guests with thick layer of melted cheese is brilliant. But then, I realised that my overworked oven will be quite pre-occupied on that very day. Another baked dish may not be a good idea after all.

Not lacking in pasta recipes, finding “the one” for a special day may be tricky.  I wanted something simple, festive and will compliment my other dishes.  What do you think about my chicken fajita pasta? It’s simple and to some extent, festive with the green and red coloured peppers?  It’s worth pointing out that it may be the “healthier” dish (among other dishes) even though occasions like Thanksgiving and Christmas are our free pass to stuff ourselves silly. 😛 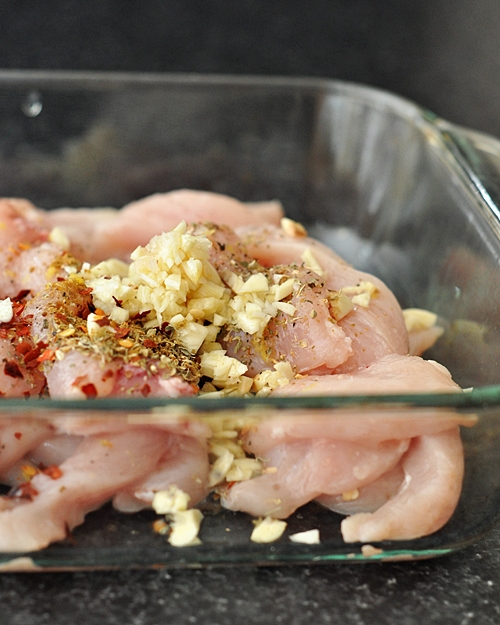 Juice from half a lemon

A pinch of sugar

2. Heat frying pan on medium flame until hot and add some cooking oil. Place the chicken in single layer in frying pan and cook until well browned and no longer pink. Transfer the cooked chicken and any liquid on plate. Cover to keep warm.

3. Add some cooking oil to the same pan. Add onion and bell peppers and stir-fry for 1 minute (try to scrap up any bits from frying pan at the same time).  Then add back and chicken and liquid and toss to mix all the ingredients. Remove to large serving bowl.