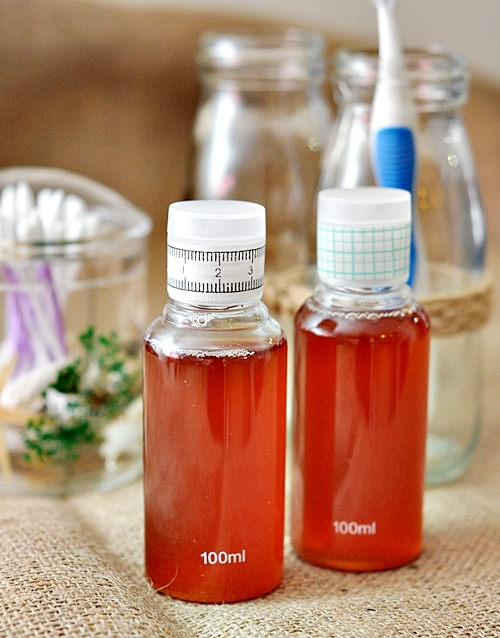 Hi friends! Today I am excited to share something different with you.

Yes, it will require a little cooking…and yes, it will need edible ingredients you may find in your pantry. But the end result is something you may use in the morning and before bed?

Okay guys, it could be many things but in this instance, it is homemade minty mouthwash! I thought it was pretty cool to DIY a commercial product that I never thought of making at home. Enjoy! 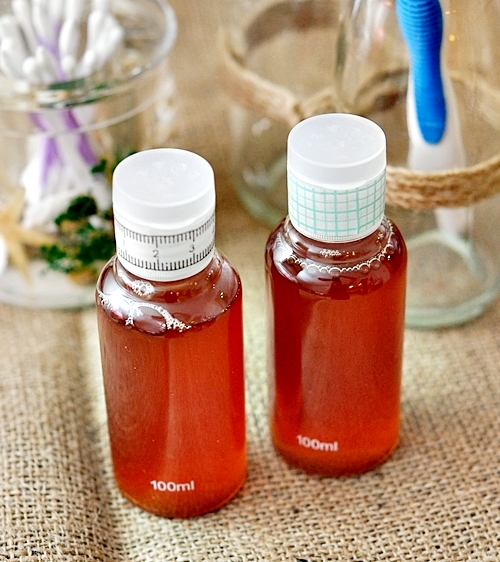 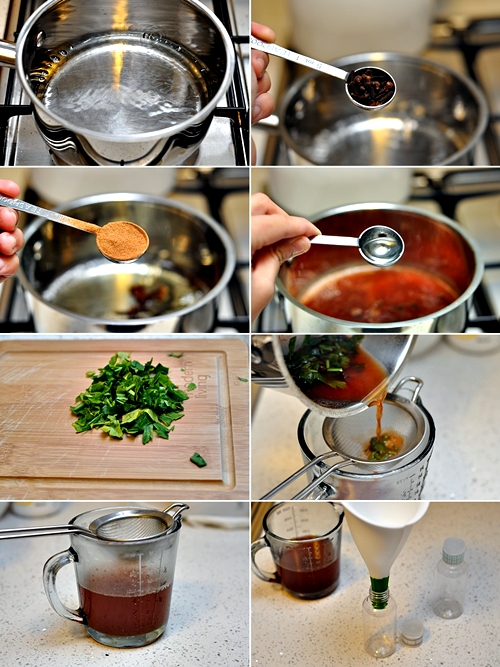 (1) In a small pot, bring the water to a boil over medium heat (or use recently boiled water from the kettle). The original recipe specifies removing the pan from the stove and stir in the cloves, cinnamon, peppermint extract and parsley and let the mixture sit for 10 minutes. Alternatively, I prefer to *boil the mixture for 5 minutes. You need to top up more boiling water to make a cup due to the loss of moisture during boiling. Strain off the solids and set aside to cool. (2) Pour the liquid into a clean, tightly covered container.  I love the idea of storing the liquid in traveling size bottles and pretty up the bottles caps with colourful sticky tapes from Typo. (3) Store the mouthwash in the refrigerator, where according to the recipe, it will keep indefinitely. Use as a gargle and mouthwash. 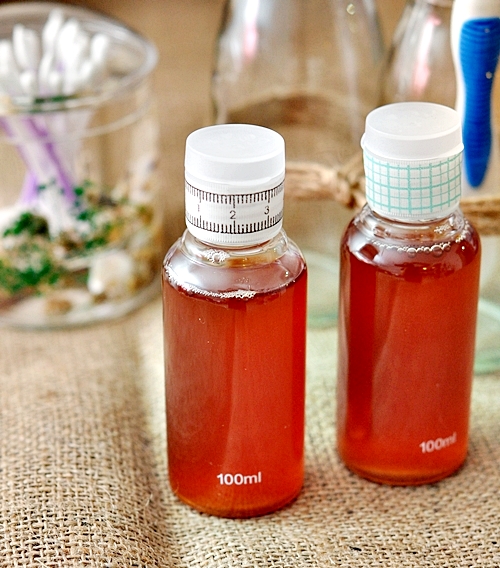