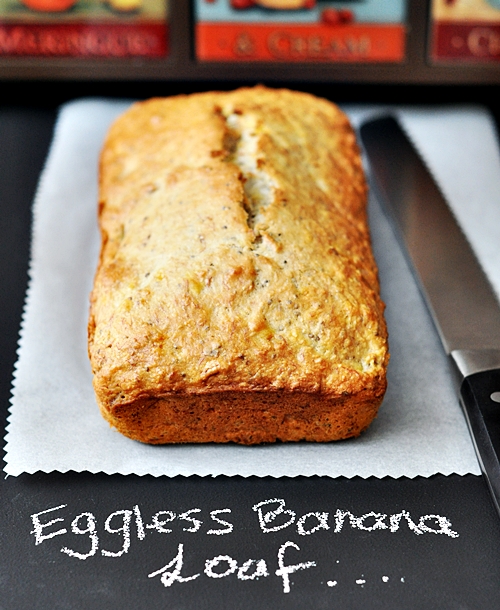 Ever since my friend, Adam, introduced me his go-to banana bread recipe, it has since became my go-to recipe as well. The original recipe he uses doesn’t require any oil or butter (except for greasing the loaf pan) and the result was amazing. When I say amazing, I meant I feel more liberated with the amount of butter I slathered afterwards. Definitely a great recipe to have for a spontaneous baking adventure. 😉

Every now and then, I received questions about whether there’s any substitution for eggs in the baking recipes I’ve used. Unfortunately, I don’t have any answer for them. I feel bad whenever this happens as I felt like I’m leaving out people who have dietary restrictions.

Anyway, I have been on a hunt for egg replacer. I’ve came across that chia seeds can be used in replacement of eggs. Thanks to the folks at The Chia Co, they have suggested 1 tbsp of chia seeds plus 3 tbsps of water is equivalent to an egg. On this basis, I have tweaked my go-to banana bread recipe to make an eggless version. 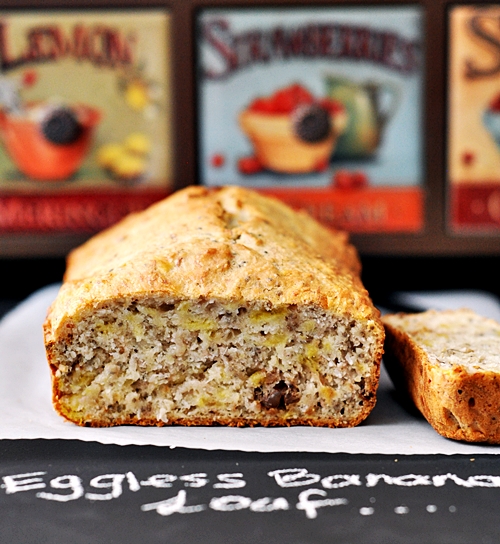 Note 1 – if you don’t have desiccated coconut, you can increase the sugar quantity to 3/4 cup. 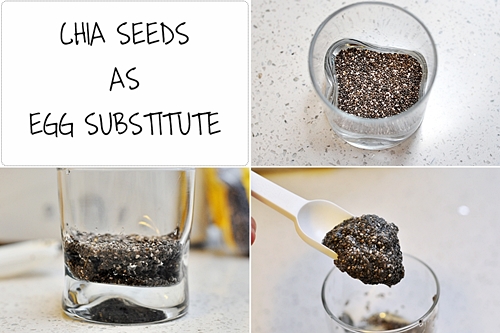 To make the egg substitute: mix 1 tbsp chia seeds with 3 tbsps of water. Let sit for 15 to 20 minutes until the mixture becomes gooey. 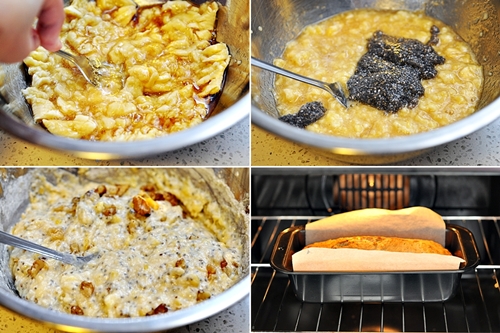 To make the banana bread: (1) Preheat oven to 180 degrees Celsius (356 degrees Fahrenheit) for convection oven) / 160 degrees Celsius  (320 degrees Fahrenheit) for fan-forced. Line baking pan with parchment paper and grease the sides without the parchment paper with vegetable oil. (2) Add bananas, maple syrup, and sugar to a bowl and mash everything together with a fork. (3) Stir in chia seed mixture.  Use a hand mixer or a fork to mix everything well. (4) Add sugar, desiccated coconut, flour, baking powder and mix the batter. As you mix these ingredients, pour in milk gradually. Stir the batter until smooth. Fold in walnut and transfer the batter in a loaf pan. Bake for 45 minutes or until the cake tester comes out clean. 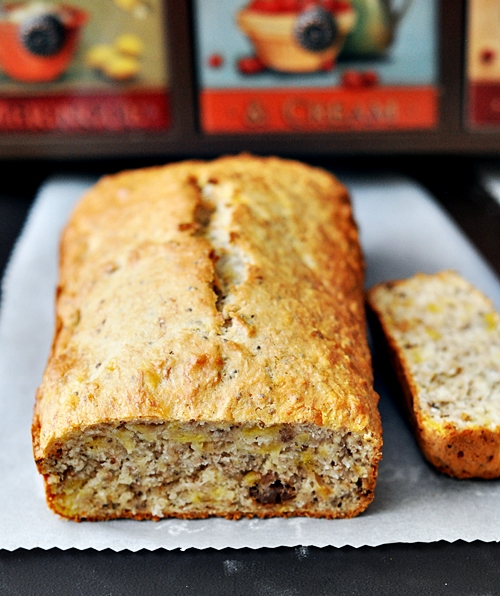 After all this, you may want to know my thoughts on the difference between the eggless and the egg version. Firstly, chia seeds doesn’t have any aroma or taste except for its gooey texture. Hence, the taste between the egg free and the egg version was about the same (except for the inclusion of coconut in this recipe). With that being said, the texture is slightly more dense with the eggless version. The original recipe doesn’t require milk. However, the batter for the eggless version was a tad dry, hence the inclusion of milk in this recipe. I will try to increase the quantity of water when I make the chia seeds mixture next time. Or if you any suggestion in relation to the quantity of water, feel free to leave it in the comment box below.  You can compare with the egg version here.