Maybe it’s just me but when my sugar craving strikes, it has to be attended asap. 😉

Sometimes, I don’t want to fuss too much for just a piece for sugary treat. I enjoy baking but there were days that I just don’t feel like measuring and whisking. Lately, my new dessert best friend has been marshmallows. And marshmallows made dessert. They are the best, aren’t they?

Even though they seem so conventional and …kiddish, but every once in a while, I feel it’s liberating to let your inner child to take the lead, don’t you agree? 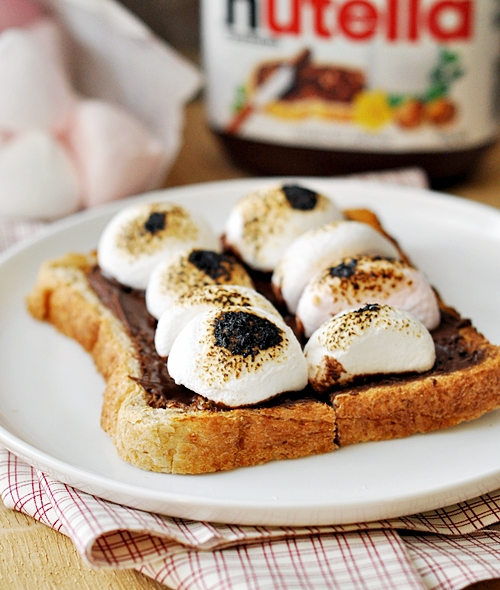 What you’ll need (for one toast):- 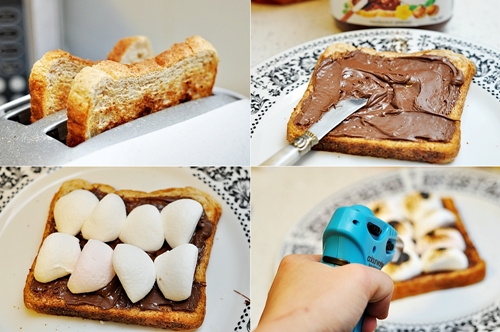 Put the bread slice(s) in the toater and toast until golden brown. Then while it is still warm, quickly spread the Nutella to cover the surface of the bread. Arrange marshmallow on the toast (you may need to cut them into smaller pieces if the marshmallows are a little too big). Then use a creme brulee blowtorch to toast the marshmallows. 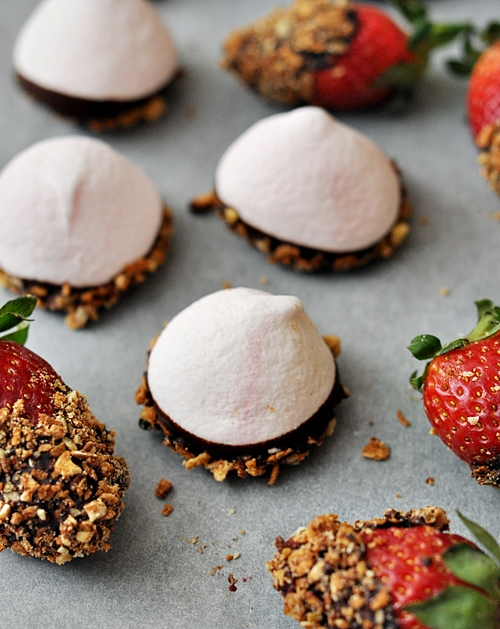 As for the proportion, I estimate 50g of dark chocolate (or milk chocolate) is probably enough for 100g of marshmallows – I used the Coles Brand Marshmallows and about 3/4 cup of toasted muesli. 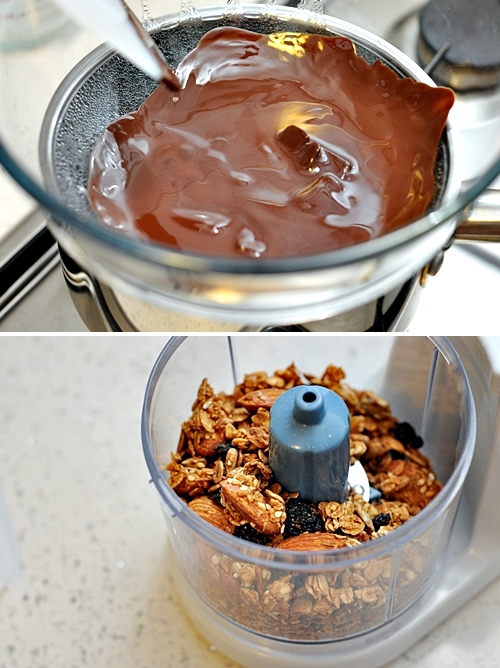 Line a baking tray with baking paper. Set aside. Place chocolate (broken into smaller pieces) in a heat resistant bowl and place the bowl over a pot of simmering water until the chocolate is melted. Make sure the bottom of the bowl isn’t touching the water. In the meantime, add toasted muesli in a small food processor and process until resembles fine rubble. Transfer the muesli onto a bowl. Once the chocolate is melted, remove the bowl from the pot. Then gently dip one marshmallow (the bottom bit) into the melted chocolate and then coat (the chocolate side down) with the muesli. Place the chocolate-dipped marshmallow onto the baking tray to set while repeating the previous steps with the remaining marshmallows. Once you’re done with the dipping, place the tray in the fridge until the chocolate section of the marshmallows is harden. After that you can transfer them into a container and keep it in the fridge until you’re ready to serve them.

Note – If you have leftover melted chocolate, you can use it all up with strawberries or cherries.