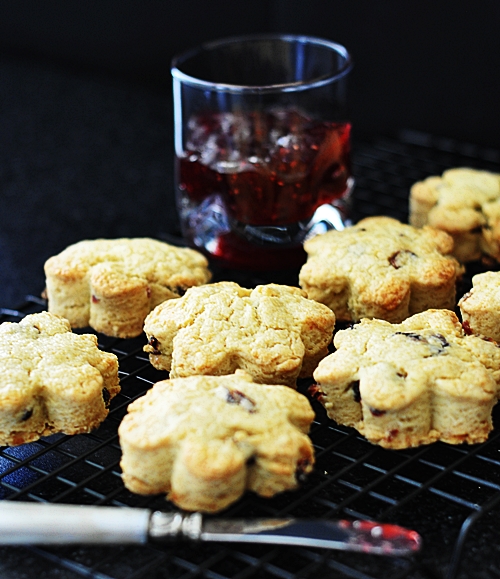 I’ve been meaning to join Penny’s International Incident Scones Party, but I was like a couple of hours late. Oops. Anyway, my scones shouldn’t be penalised for my lack of time management and here goes:-

Scones – a well-known British export which I’ve begining to appreciate more after trying my hand at baking them.

My first impression of  scones recipes is that I can easily bake these without a problem, especially after watching a how to video entitled “Jackie’s Scones” attached on Penny‘s post.   As it turned out,  I was very wrong. These little buggers may seem innocent on the outside, the process of baking them, on the other hand, is certainly hard to crack! My hat’s off to Jackie and those who make fantastic scones! 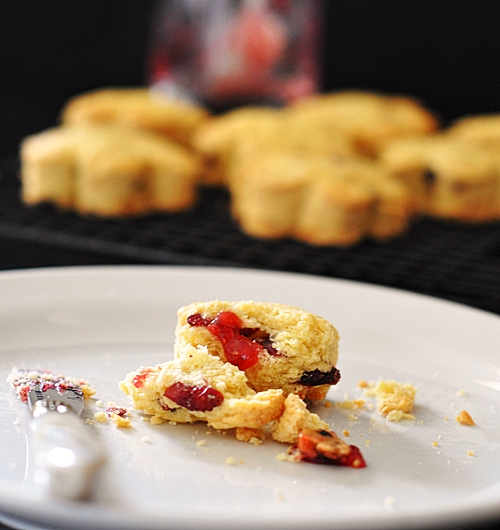 Having said that, I won’t go as far as describing that my scones were a flop. To me, the word “flop” can only be used when the end product of  my cooking attempt is completely inedible. 😛

My scones are still edible but lacking the light and fluffiness of a fair dingkum scone should have. Obviously, my scones have failed to rise to the occasion, hence I ended up with dense texture like rock cakes. After troubleshooting my scone problem on Google, I gather that the dense texture is due to adding insufficient liquid to the dough despite I followed the recipe word for word.  Maybe this will be a little tweak I have to do with the recipe next time around (and yes, there’ll be a next time! :)) 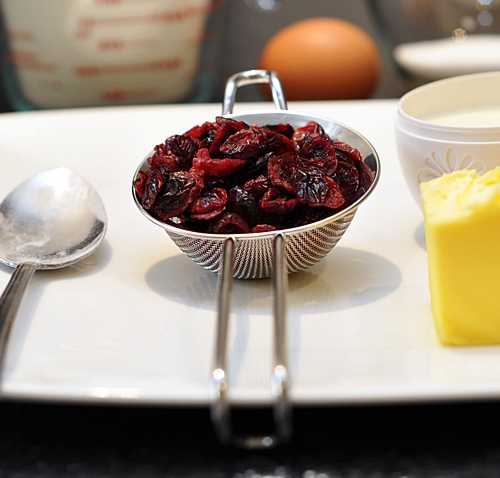 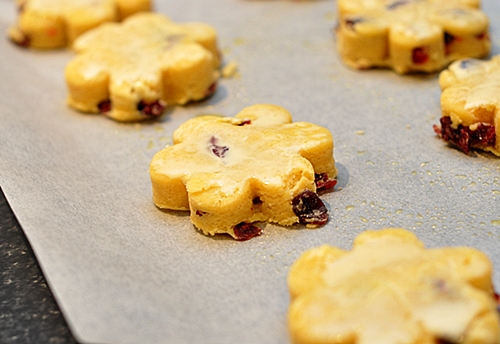 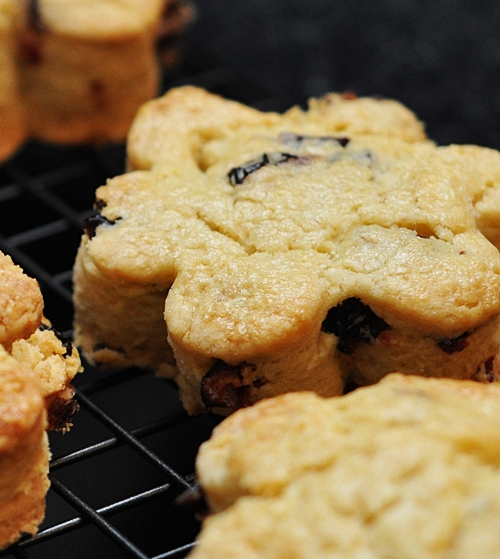 1. Preheat the oven to 350 degrees Fahrenheit / 177 degrees Celsius. Grease a baking sheet with butter or layer with parchment paper.

2. In the bowl of a food processor, pulse the flour, sugar, baking powder and salt until combined. Add the butter and blend until crumbly.

3. In a small bowl, lightly whisk together the egg and cream, and then add all but 1 tablespoon of it (to brush over the scones later) to the flour-butter mixture. Pulse several times until a dough starts to form.

4. Add the cranberries and pulse once. Turn the dough onto a floured surface and form into a ball.

5. Using a rolling pin, roll it into an 8-inch circle and cut into 8 wedges. Brush the remaining tablespoon of the egg-cream mixture over the scones. Bake until golden, about 25 minutes.