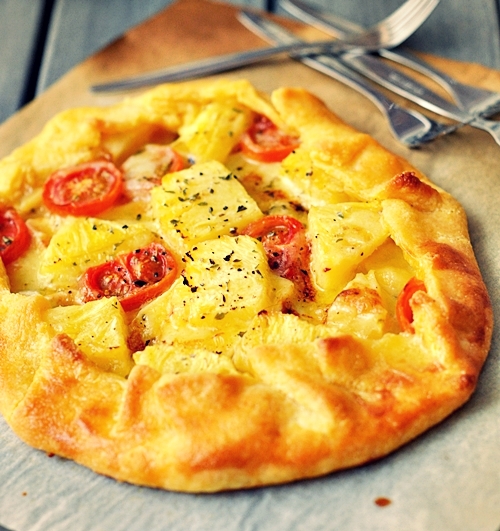 When I was invited to participate in a competition which requires me to create a recipe using a fresh pineapple, the immediate recipe which came to mind was my mum’s pineapple tarts that I used to fight for (with my dad and sister) during Chinese New Year. But then I thought it’s too easy and conveniet. You know,  me, the Asian girl and the Chinese New Year pineapple tarts, it’s like no brainer there. So I tried to think of other recipes which might be more “creative”.

Anyway, I’ve tried a pineapple dessert recipe which didn’t turn out as what I expected (which I’ll blog about it later this week) and believe it or not, pineapple stir fry crossed my mind. But since the gifted pineapples (courtesy of King of Fruit) were too sweet and juicy to be bulldoze by lots seasonings, I feel I have to do the pineapple justice by keeping the recipe as simple as possible. 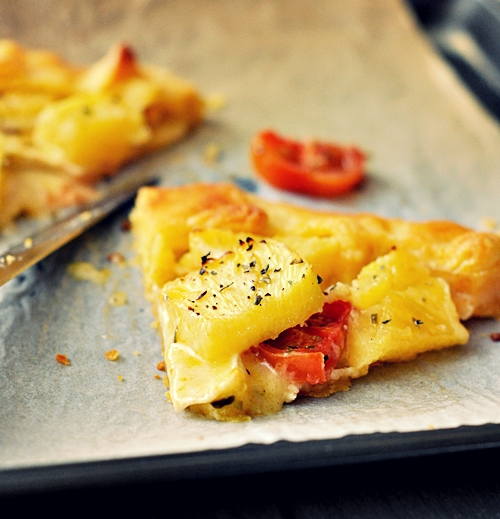 So I was back with the tart idea again. But this time, it’s an easy free form tart with a sophisticated name called galette which happens to be within my comfort (baking) zone.

The idea of pineapple, tomato and cheese in a galette draws from my favourite choice of pizza toppings.  As for the crust, it’s my mum’s recipe of 1 to 2 ratio of butter and plain flour and some cold water to form the dough. To add a little flair in the crust texture, I’ve replaced 1/2 portion of the plain flour with some polenta. Not only the texture, I think the yellowiness of polenta enhances the colour of the crust, making it to look like as if a lot of butter has been added into the crust. 😛 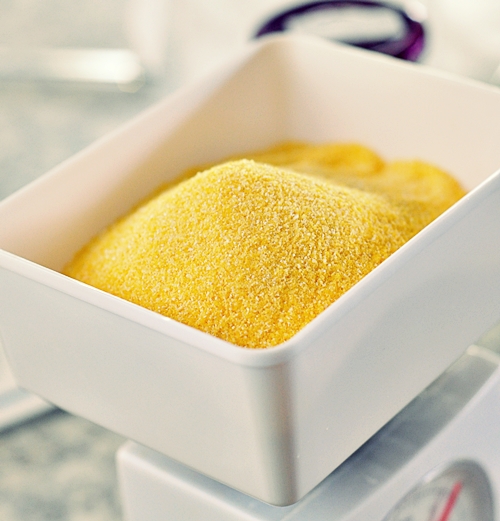 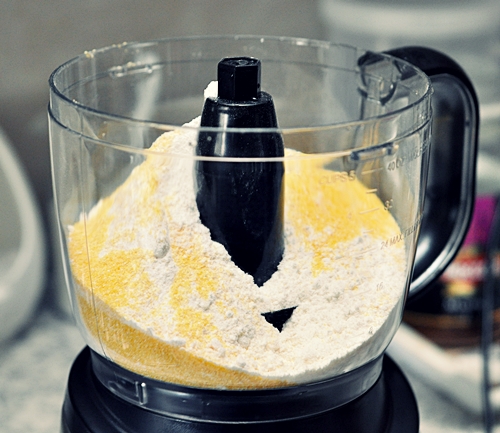 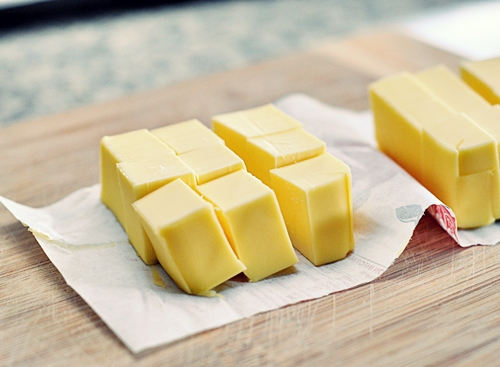 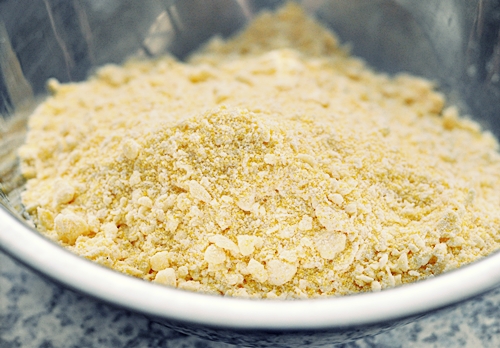 (Emily’s note: You can prepare the dough with a food processor all the way, without handling the dough (check out Smitten Kitchen for detailed instructions). However, I feel I have better control with the dough by handling it manually. Having said that, I prefer using a processor to mix the flour, polenta and butter instead of the rub-in method  to reduce the risk of melting the butter from the heat of my fingers.) 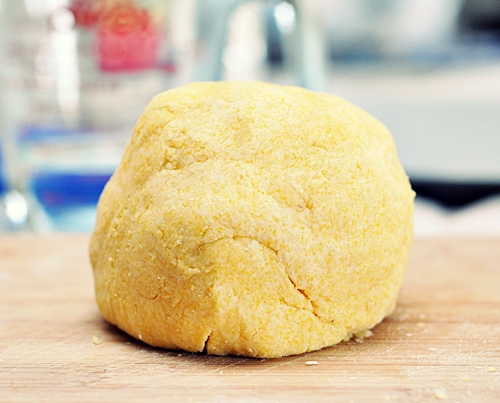 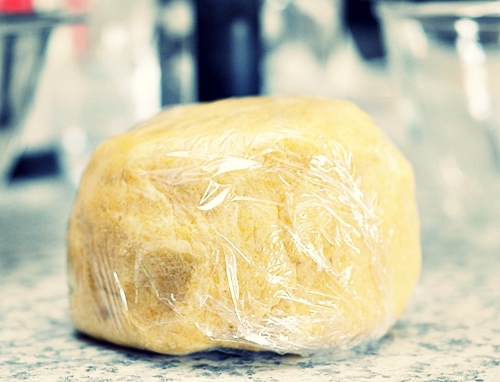 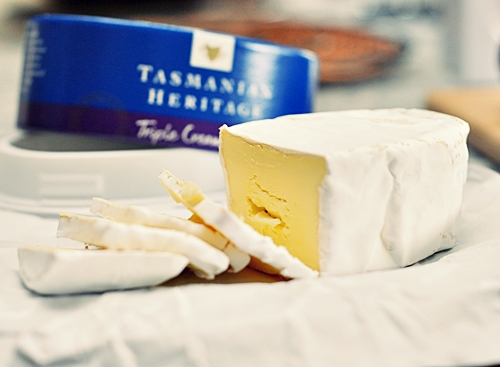 {Slice the brie when it has JUST left the fridge to ease the slicing process.  If the brie is kept at room temperature for too long, it’ll become gooey (molten). Whilst it’s nice to be gooey and all when you eat it directly, it’ll be a total mess if try to slice it to make your galette filling.} 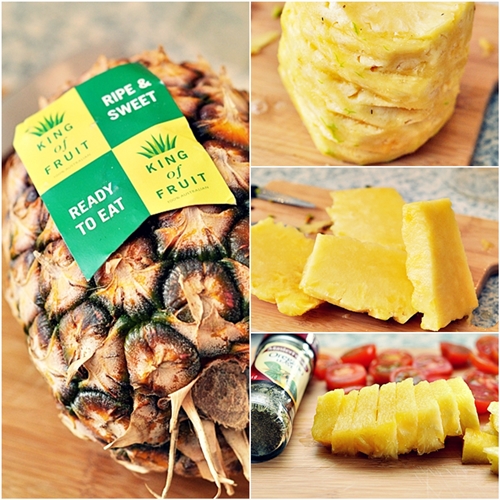 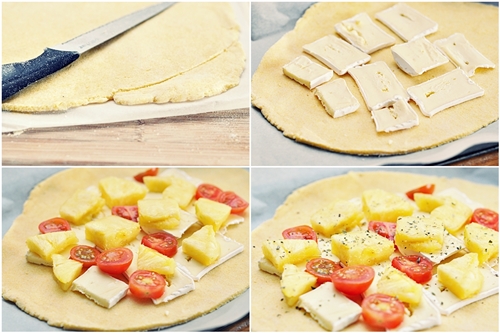 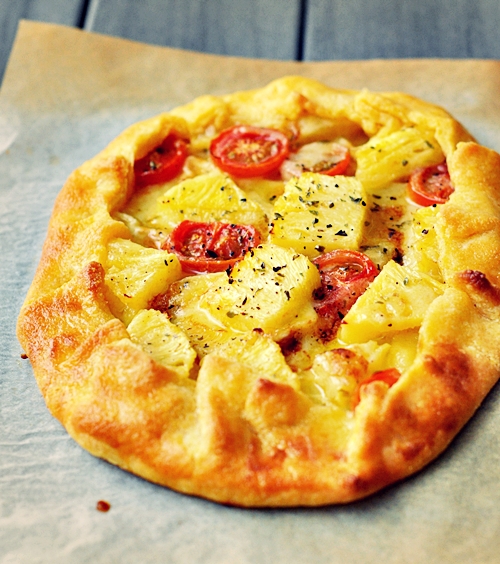 p/s: I’m one of the entrants of the 2011 King’s Banquet competition. Basically I need to come up with a recipe that uses fresh pineapple and take a photo or video (in my case would be a photo, of course! :P) and enter  in one of their categories.

Basically the recipe which gets the most public votes overall will be the winner of the competition.

You’ll really make my day if you could vote for my recipe (click here to vote). The voting is open to ANYONE, internationally.

Thanks in advance! * wink*