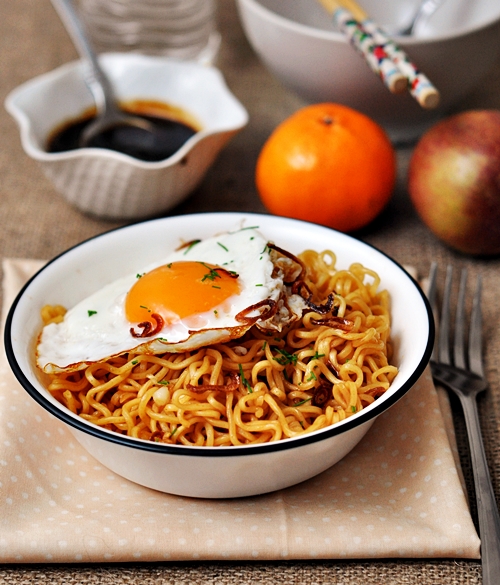 This recipe is a little ironic, isn’t it?

Normally, instant ramen tries to emulate home-cooked dishes but in this instance, I’m trying to emulate my favourite brand of ramen noodles – Indomie Mi Goreng, which delightfully to have earned a pretty good ranking from the Ramen Rater.

Even though this stuff tastes pretty good in my book and have been my go-to meals on my university days, I try to limit my intake to once in a blue moon for obvious reasons. Anyway, before knowing its existance, the inspiration of making this at home actually came from my dad. When he was studying overseas, he used to cook instant noodles.However, instead of using the seasoning sachets, he concocted his  own “sauce” using soy sauce, ketchup, sesame oil and white pepper. I remember when I was little, he made this for me when I was hungry in the middle of the night craving something savoury. (Yes I can be a difficult child sometimes)

So when I was savouring this, it was a walk down to memory lane for me. 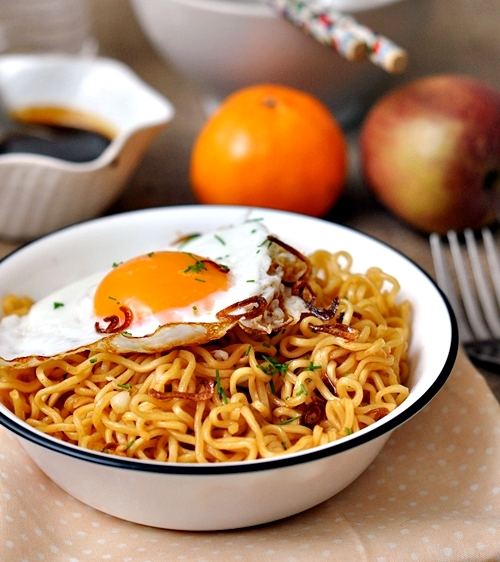 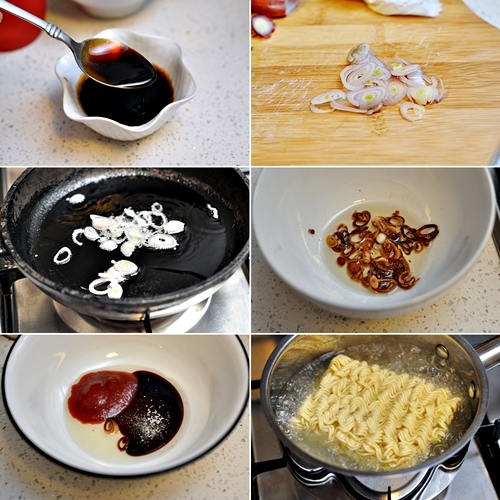 (1) Start with making the kecap manis if you decide to make your own. See here for the recipe and instructions. If not, go straight to step two. (2) Thinly slice a French shallot. Pat the sliced shallot with a paper towel to absorb excess moisture before pan frying. (2) Add 2 tbsps of cooking oil and shallot over medium flame. When the shallot starts to sizzle, lower the flame to low and fry until golden brown as per photo above. Set aside in a bowl to cool. (3) In a bowl, add 1/2 tbsp shallot oil, 3 drops of sesame oil, 1/2 tbsp tomato sauce, kecap manis, white pepper and salt and mix until well combine. Set aside. (4) Cook noodles in boiling water according to packet instructions. Once cooked, toss the noodles with the sauce until well mix. Sprinkle the fried shallots just before serving. *Optional* top with a sunny-side up egg and vegetables of your choice.

Note – just so you know the sauce may be on the sweet side because of the tomato sauce and kecap manis. I love my food a little sweet…so if you like yours on the salty side, add salt or soy sauce to taste. 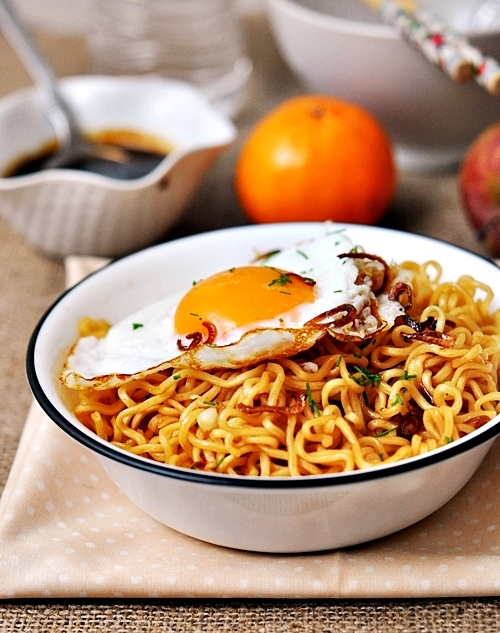