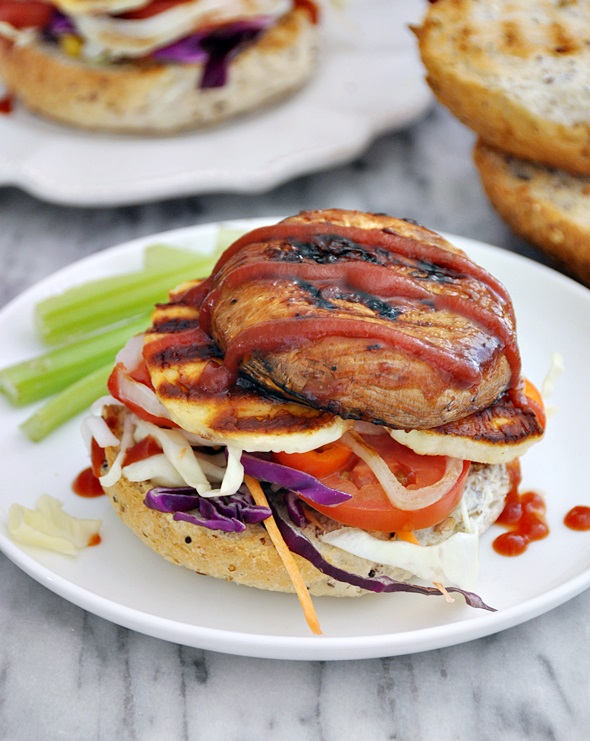 I felt that my mushroom repertoire was not complete until I included a Portobello mushroom burger recipe. Don’t think of it as a meatless burger. Think of it as a fat and juicy burger that is fast to make and regardless of whether you are a vegetarian or not, this little number is sure to hit the spot, which lies between I-have-a-bad-case-of-burger-craving and I-still-want-to-feel-that-I-ate-a-somewhat-wholesome-burger. Pretty much on the blurred lines, I’d say! *wink*

Since I grilled the mushrooms on a stove top, I thought it was best to enlist my favourite Sweet Baby Ray’s Barbecue Sauce to coat the mushrooms, thus creating nice charring and smoky flavours as if they have been barbecued. The cheese of choice for this burger is haloumi. I like how it looked with all the tantalising grilled lines and the firmness of the cheese provided substance to the burger. 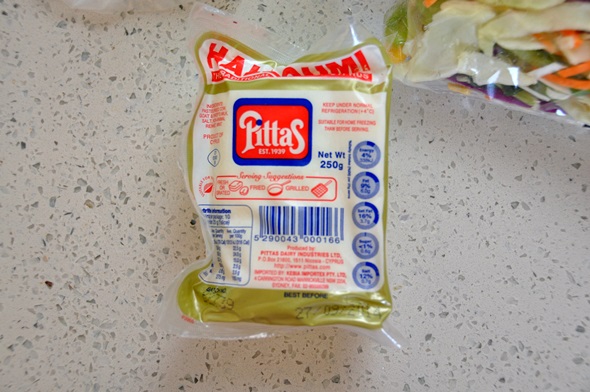 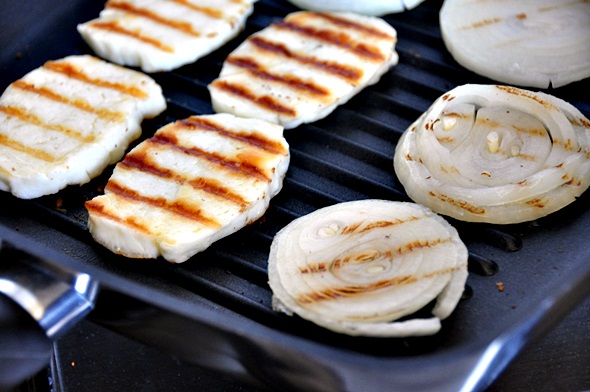 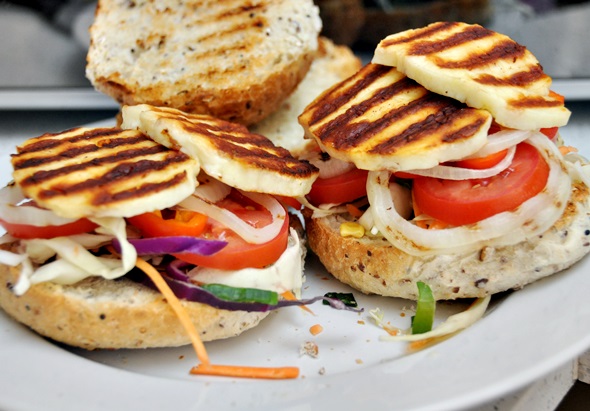 What you’ll need to make 6 burgers:-

Lightly drizzle some olive oil on the cut side of the sliced burger buns. Place them, cut side down, on a large griddle pan over medium-high heat until slightly charred and crisp. Do the same on the other side. Set them aside on a plate.

Grill the onion first until softened and slightly charred. Set aside. Then grilled the haloumi so that both sides are golden brown. You can grill both the onion and haloumi at the same time depending on the size of your pan.  While waiting for the haloumi and onion to cook, start coating the Portobello mushrooms with barbecue sauce, using a basting brush.

Once the haloumi and onion are set aside, grill the mushrooms until both sides are slightly charred.  I flipped the mushrooms to cook the other side, when they appeared to slightly reduced in size.

I assembled the burgers starting with the bottom side of the burger bun followed by a small handful of coleslaw salad, tomato, onions, haloumi, mushrooms, drizzle some tomato sauce if you are using and finally the top side of the bun.  Enjoy! 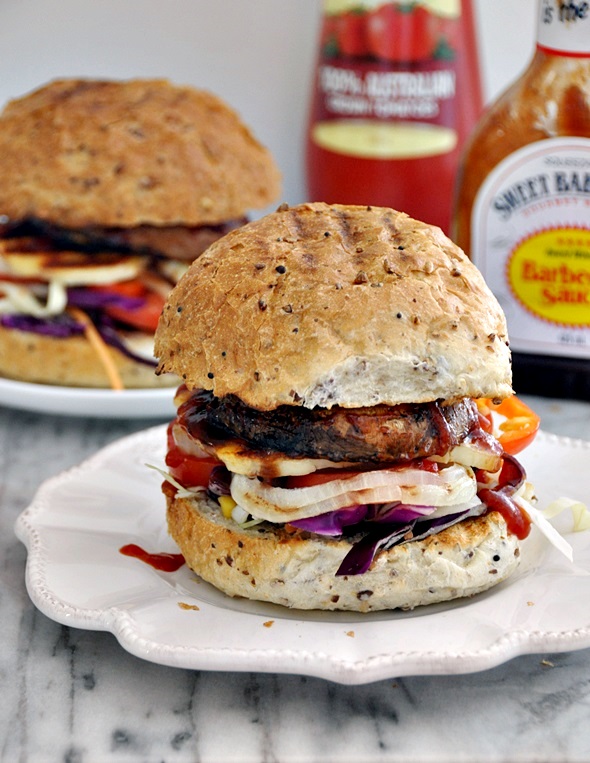 As we are settling into the barbecue season over here in Australia, I thought I’d share with you a joint competition held by Mr Beak’s and Joe’s BBQ giving away a bbq pack which includes Mr Beak’s sausages, 4 Burner Sunco BBQ set valued $700 from Joe’s Barbeques and a variety of condiments. For those who are interested, you can enter the comp via the Mr Beak’s Facebook page. FYI – the comp will end next Friday.