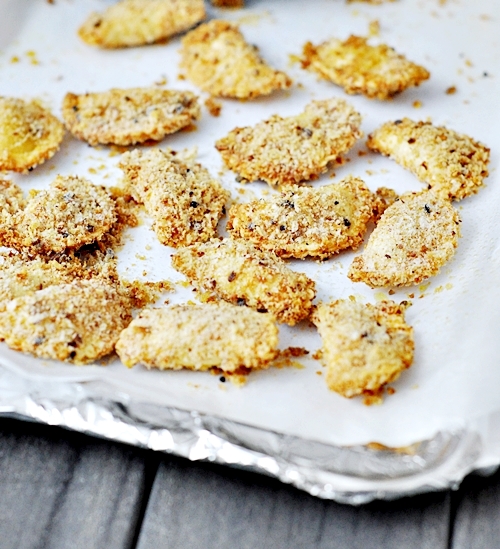 Even though it was still summer when I wrote this post, the weather for the past few weeks has certainly convinced me otherwise. It has been raining intermittently with thunder and lightning over here in Orange, which unfortunately, took the fun out of leaving the house. On the other hand, having friends over to my place seemed to be a preferred alternative. A casual afternoon entertaining friends with our favourite tv shows (i.e. Once Upon A Time and Grimm) as well as snacks is a perfect way to cure boredom on a rainy day .

Given the frequency of entertaining friends in such relaxing manner, I’ve also re-discovered the joy of making simple snacks at home. One of my recent discoveries is the “toasted” potato and cheese filled agnolotti (courtesy of San Remo).  The fresh potato filled agnolotti is one of the recent ranges from San Remo. Aside from the potato, cheese and onion that I was using, the range also comes with other variety of filling such as:- 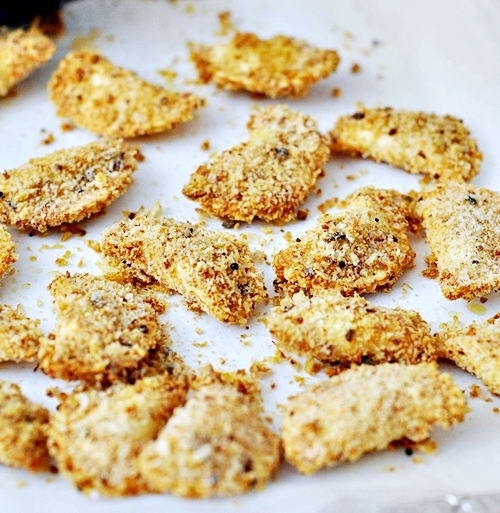 Because of the potato filling, I felt like making a snack out of it instead of a main meal. After reading about the famed “toasted” ravioli in St. Louis, Missouri, I was keen to emulate the St Louis delicacy with my San Remo’s agnolotti.

Wondering what agnolotti is? Don’t they remind you of ravioli? After asking myself the same question and googling effort, it seems that agnolotti is some kind of ravioli typical in Piedmont Region which originally was a meatier version of ravioli. However the distinction between agnolotti and ravioli is blurred over time.  Just thought you might be interested in a brief summary on agnolotti vs ravioli. 🙂

Serves 2 people as a snack

(Note – I didn’t add any seasonings in the breadcrumbs as I feel the filling  has enough seasoning already. Also, I think using 1 egg and 1 ½ cup  of breadcrumbs will yield 2 to 3 people worth of snack or appetizer. So feel free to multiple the ingredients based on the number of people you’re going to feed. One packet of San Remo agnolotti is 375g (13 oz) which I’ve only used of about 1/3 of it.)

2. Line a baking tray with baking paper. ( I usually line mine with aluminium foil first and then top it with a baking paper – to make sure I don’t have to wash the tray after usage :P).

3. Spray a thin layer of olive oil (any oil of your choice will do) on the baking paper. Set aside. 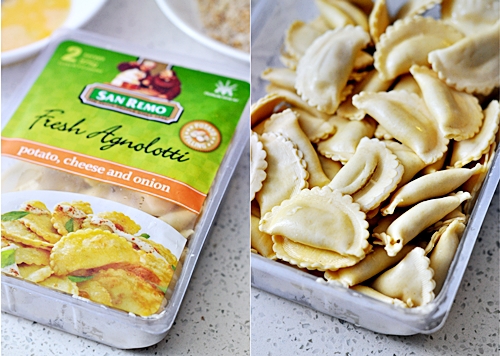 4. Crack and beat an egg on a plate. On a separate plate  add breadcrumbs. 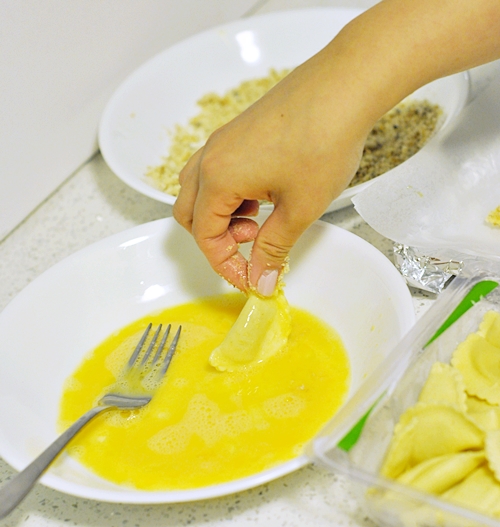 6. Then coat it with breadcrumbs.  Repeat step 5 and 6 with the remaining agnolotti until egg and breadcrumbs are finished.

Note – I tried to pack as much breadcrumbs as possibile as some breadcrumbs will fall off the agnolotti when finish baking and during the process of  transferring the baked agnolotti on to a plate. 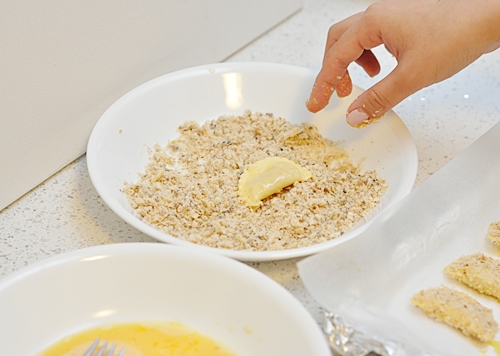 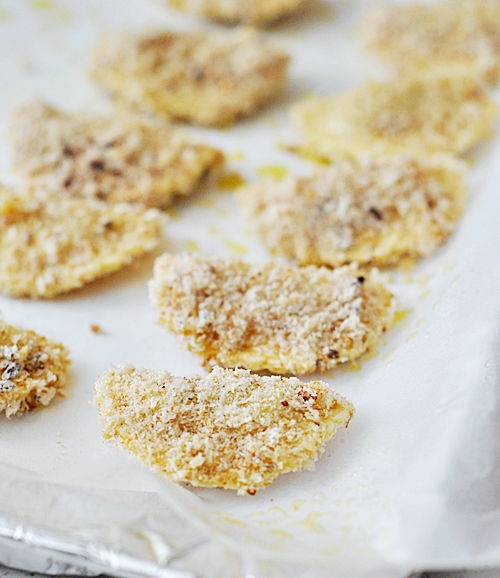 8. These are best served immediately with pasta sauce  or ketchup. 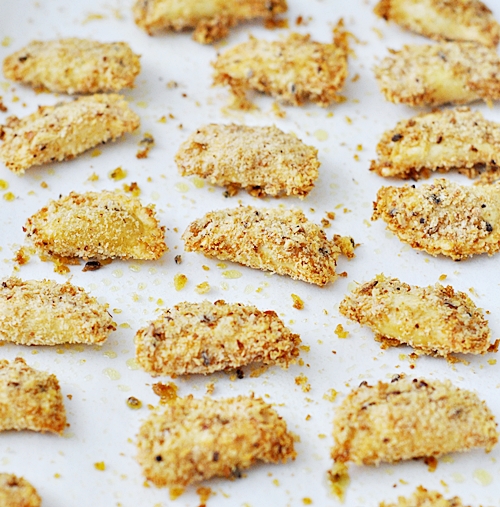 As some of you’d aware, the Tasting Australia Festival will take place in Adelaide from 26 April to 3 May.  The San Remo brand ambassador, Adam Swanson, a celebrity chef whom I met at last year’s Australian Netball Diamond event (kudos to Deb for taking beautiful pictures of the event)  will make his appearance at the following events:-

Kids in the Kitchen

Young people will take part in hands-on cooking classes with celebrity chefs and cooks during the Tasting Australia festival. Kids in the Kitchen presented by San Remo will give children the opportunity to learn about the principles of simple and delicious food preparation with their cooking heroes. Adam Swanson will be one of these ‘heroes’.

L Plates – Learn from the Masters

This is a series of interactive classes where high profile food industry professionals will host a class and share tips and skills in their area of expertise with members of the public. Adam Swanson will lead a class of 15 people in the ‘Pasta Presto’ program.

The San Remo Junior Pasta Dish Challenge is a cook-off between previously selected finalists, aged between eight and 12. On the day, each contestant will be given a mystery box of ingredients and several shapes of pasta to cook the best pasta dish of their ability within the given time. Each will be assigned a celebrity chef mentor. Dishes will be judged by three prominent professional judges, including Adam Swanson.

So if you want to know more about the events, please visit here for more information.

Disclosure: This is not a sponsored post. The agnolotti was provided to me for editorial consideration.

« Fettuccine with Meatballs in Tomato Sauce
In my grocery bag »