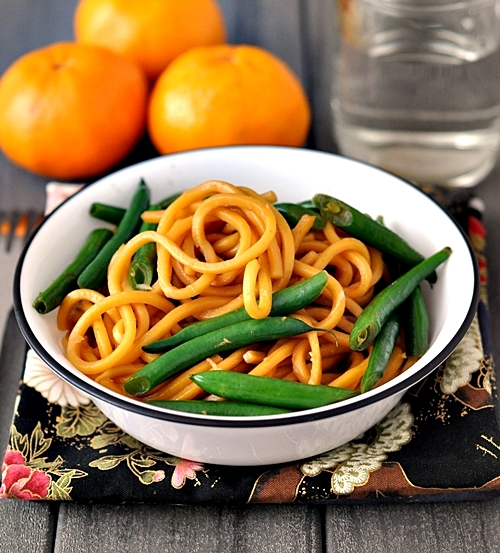 Braised noodles with green beans or 扁豆焖面 is a household dish in Beijing, China. How I found out about this dish is a strange one. I was following a microblog of a Taiwanese celebrity and she was mentioning as a romantic gesture, her husband who’s from Beijing cooked her a vegetarian version of this braised noodles.

I was curious of course. After a little research on the net, apparently there’s no set ways to make this dish. Being a homestyle dish, I suppose there’s some degree of flexibility on how one can cook this dish. However, the general idea is this:

You add vegetables and/or meat, add soy sauce and some water, enough to make some broth then you add fresh noodles to cook in the broth, covered with a lid, until the noodles fully absorbed the broth. Then as a finishing touch, you stir in some fresh finely minced garlic. Hence the name braised noodles. 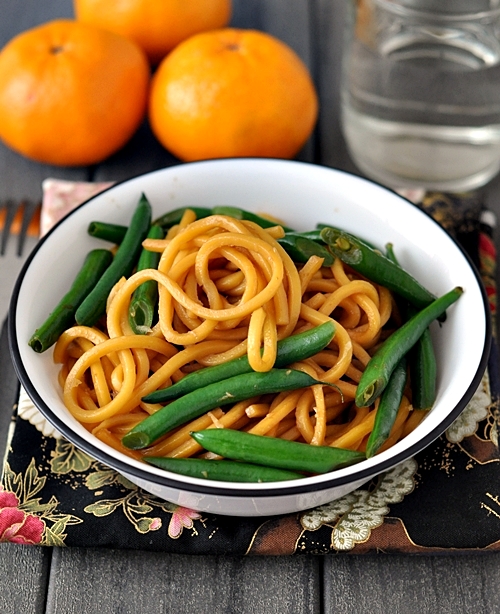 Theoretically it sounded feasible for me. After trying twice with different types of noodles (fresh Shanghai noodles from Harris Farm and dried udon noodles), in both times the noodles got stucked together and became soggy. From my research, they all specify putting the noodles straight into the broth without blanching. What the????

The better cook in me tells me it was a bad idea because you need to wash the starch off the noodles before cooking…otherwise it will be noodles cooked in starch water which will in turn make the noodles all sticky and lump together. However the-stickler-for-recipe-instructions in me told me to have faith and follow the recipes accordingly. Well let just say my leap of faith has got me into one lump of noodle mess. It could be because I’m not using the correct noodles, mind you I don’t have many options with fresh noodles in Orange.

BUT…and yes there is a but. What I like from the lump of noodle mess is the taste. While I am so used to saute garlic in oil until aromatic first, having fresh grated garlic (I prefer grated than finely chopped) as a finishing touch is new to me and surprisingly tasty. In effort to taking the good from the bad, I have modified the authentic recipe to suit my cooking skill and the type of noodles that I think it’s going to work well. Instead of a full on “braising”, my recipe only requires really, really light  braising and hence the inverted commas. 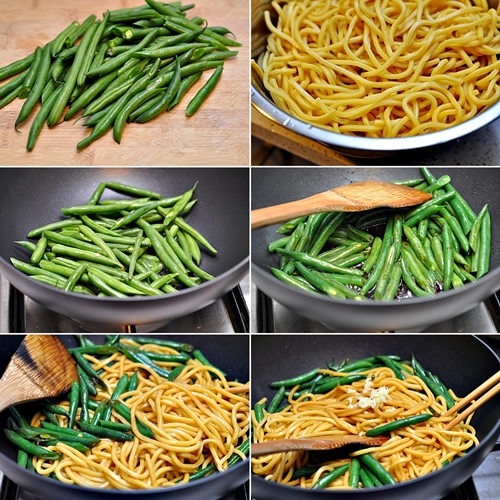 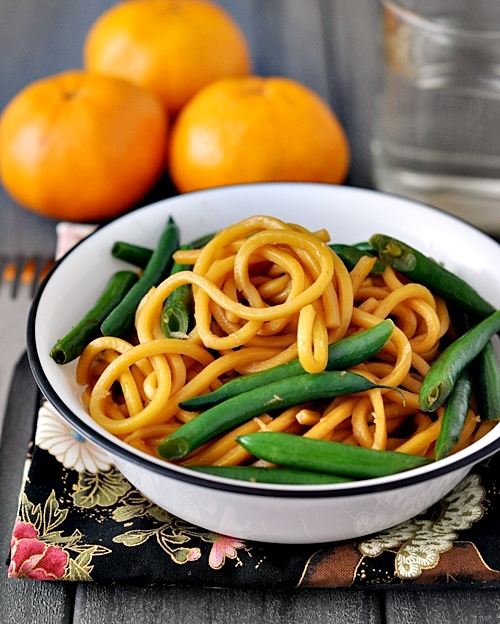 By the way, here’s your chance to win a $40 gift card from Elephantine…

If you are looking for modern minimalist jewelry, here your chance to win a $40 gift card from an Etsy shop called Elephantine. What you’ve got to do is to name the mushrooms in the numbered order. See here for more details. The game is open to everyone until this Sunday, 29th April 2012. If you think you know your mushrooms well, give it a go! You may end up with a pretty jewelry. 😉