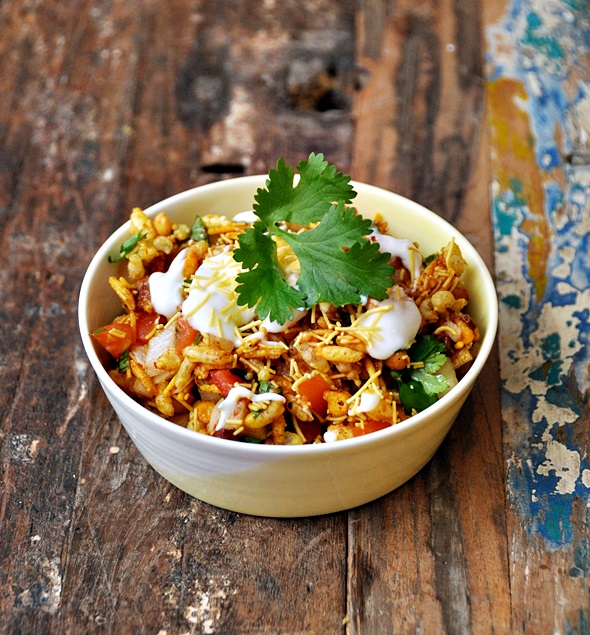 Okay, I may have gone through two packets these fabulous Indian snack called Bhel Puri in a span of two weeks. But who is counting right?

If you wonder where did I manage to get a hold of such an authentic stuff, well, I’m happy to announce that we have OUR OWN INDIAN GROCERY STORE IN ORANGE!!! FINALLY! Even though it started trading 2 weeks ago, with the number of times I have frequented the shop, I think I totally deserve a VIP card by now ha! In addition to the bhel puri packets, I have been loving the frozen parathas as well as got carried away with stocking up on the Shan’s Special Bombay Briyani Spice Mix as seen here.

Before this post, I have no idea what Bhel Puri was. I thought it was similar to Bhuja Mix….

As I was transferring it into a snack jar (with the intention of snacking in front of the tv later on), my house guest stopped me.

House guest: “Erm, what are you doing?”

Me: “Storing my snack and eat it later, in front of the tv? Why?”

House guest: “And how do you plan to eat it?”

Then the bhel puri education commenced.  He grabbed some tomatoes, onions and fresh coriander from my fridge and started to chop these ingredients. Then he mixed the fresh ingredients with the packet content (minus the sauce) and added the sauce and tossed it around and a light drizzle of yoghurt on top just before serving.

Boy, it was the easiest and most delicious Indian snack I have ever tasted!  You got the crunch from the rice puffs etc., citrusy and freshness from the onion, tomatoes and coriander, a kick of tanginess and hotness from the sauce. It was a party for your palate!  Which makes sense as this is a party food you will experience in weddings and get-togethers. 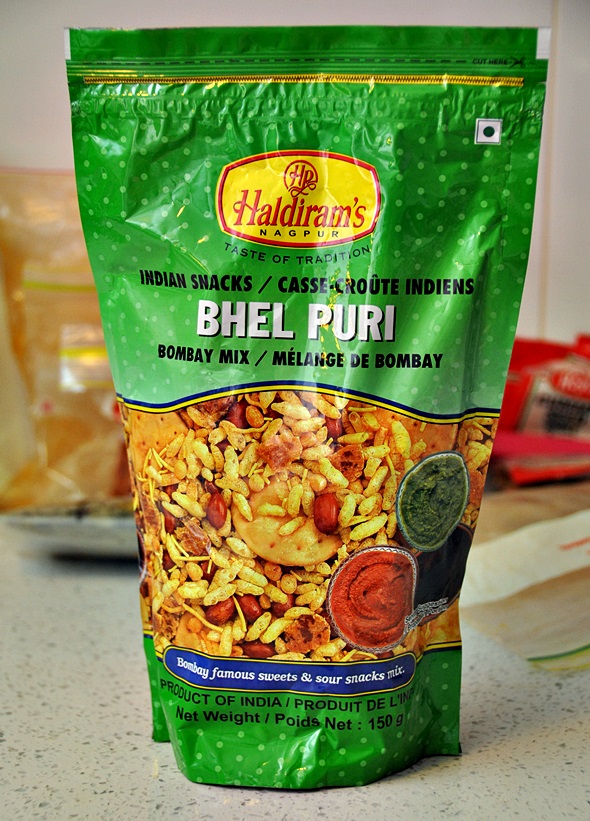 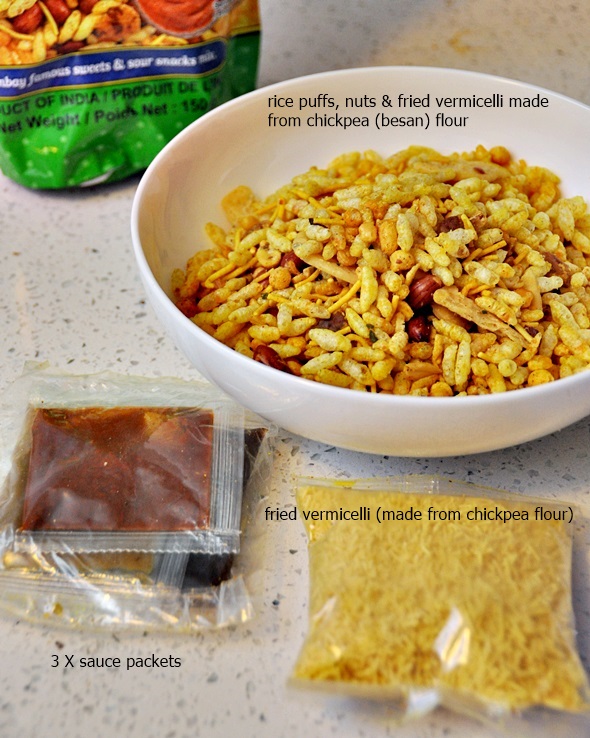 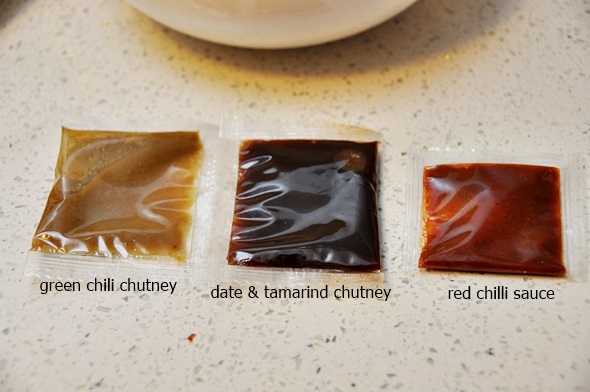 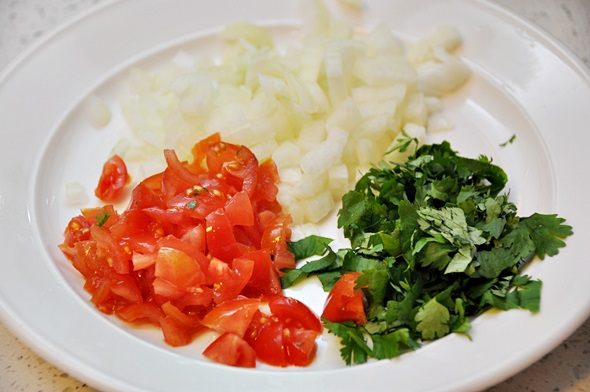 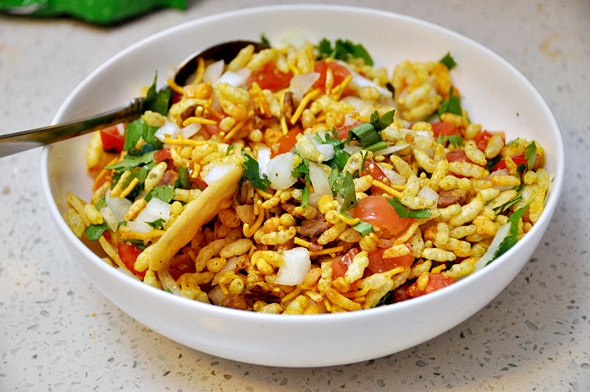 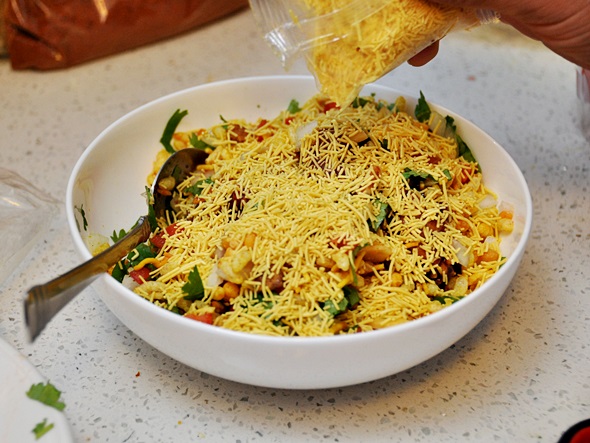 Empty the packaging, transfer the bhel puri mix (exclude the sauces and the vermicelli) in a medium sized bowl.  Crush the flat round biscuits called the Puris (I have inadvertently skipped this step).  Mix the chopped onion, tomato and coriander into the mixture and gently toss to mix.  Add the sauces to taste. (Please note that emptying all the 3 sauces can be quite spicy). Gently toss all the ingredients together.  Drizzle yoghurt on top followed by vermicelli and chopped coriander. Serve immediately.

Although this is called as a snack, I personally think it makes a delicious and easy starter should you host an Indian themed dinner party. 🙂 ~ Emily