Butter with toast is such part and parcel of morning breakfast. I like my toasts to be fanciful and fun such topping with fruits and nuts or doughnut french toasts. After all, if we are going to eat carb, we better eat it like a king! Even just with a piece of toast.

Remember the homemade Nutella I made a while ago? It was such an ease to make and perfect for those who like to control the amount of sugar in a spread.  Today, I wanted to show how to make another kind of butter. It is dairy free, egg free, gluten free, vegetarian friendly and with a Malaysian twist, a nod to where I was born and bred. It’s known as coconut pumpkin butter, loosely based on my favourite childhood spread called “kaya”.

Traditionally kaya is made of coconut milk, eggs, pandan leaves (or extract) and sugar. The process of making kaya is quite simply really. All you have to do is add all the mentioned ingredients in a pot and stir over low heat until the mixture thickens.

The “pumpkin kaya”, as I would call it, required slightly less stirring time as I started with homemade fresh pumpkin puree, a bit of coconut milk and brown sugar. As the mixture is already in a thick puree form, it takes lesser time to cook down to a thick consistency. I decided to add ground cinnamon towards at the end of the cooking time as I felt pumpkin needs some spices to bring out its flavour. 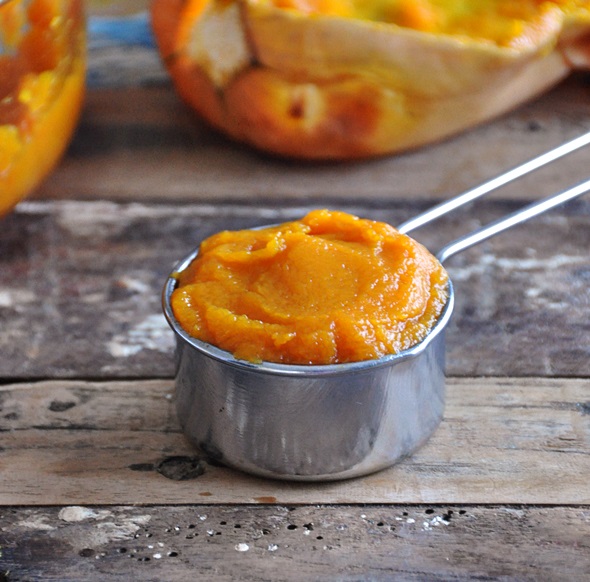 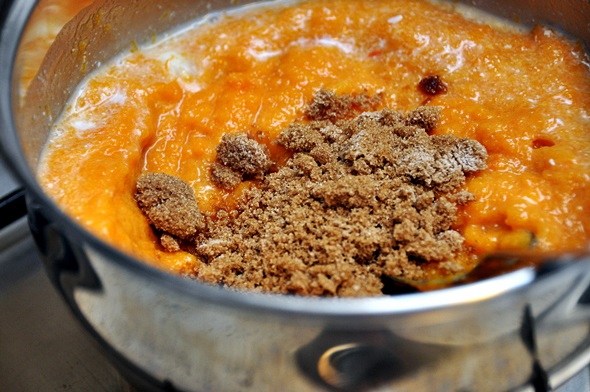 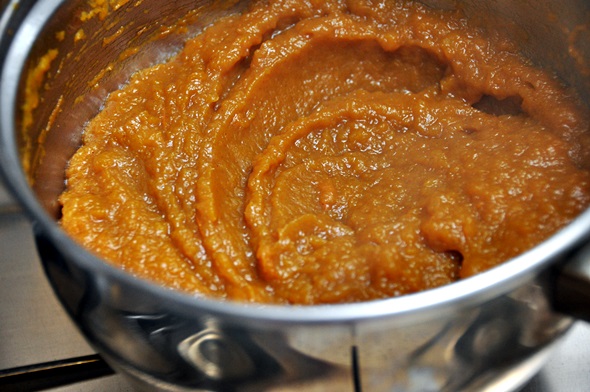 Combine all the ingredients (except for the cinnamon)  in a small pot (preferably non-stick) and place over the smallest burner and heat it over medium flame until the mixture begins to bubble. Then turn the flame to the lowest possible setting and allow the mixture to cook for 15 – 20 minutes until the mixture thickens. Stir occasionally to make sure the mixture does not stick to the pan.  Allow the pumpkin butter to cool completely and transfer to a sterilised jar. Store in the fridge for a couple days.

How about you? Do you have  favourite/quirky toppings for your toast? I’d love to  try them! 🙂