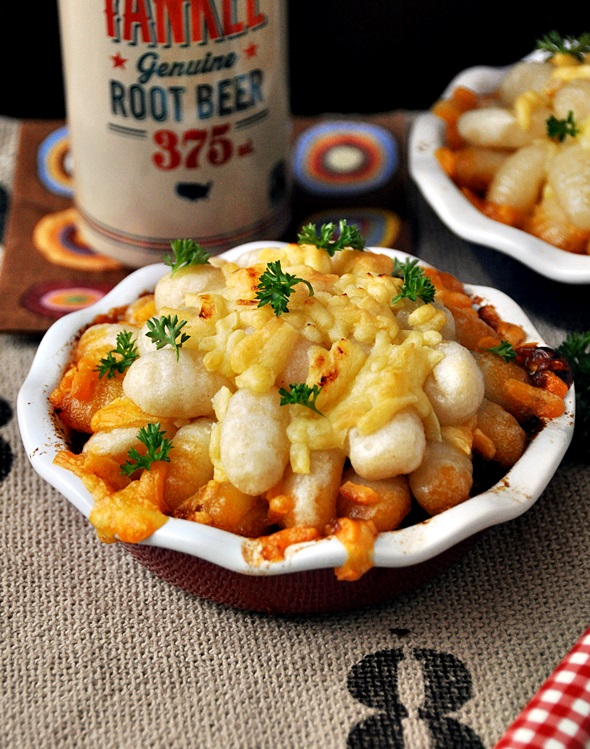 Counting chicken curry and steak and black pepper pies as my preferred choices of pies, cottage pie has somehow fallen out of my radar for a long time.  In fact, I don’t even remember the last time I actually had eaten one. My recent visit to the new pub on the block – Biddy Walsh’s Irish Pub has led to my new-found love for cottage pie albeit the fact that I felt the portion size was a little too generous especially for lunch.

I have been looking forward to having another cottage pie since my last visit to Biddy Walsh’s.  Since I am an independent woman who loves taking things into my own hand especially when it comes to appease my silly food cravings, I thought why not to make one myself ha! To justify another sneaky cookbook purchase from Aldi, I was going through the new addition to my cookbook family – “Faking It – How to cook delicious food without really trying” by Valli Little in search some inspirations. As always, I admire Valli’s brilliance in her recipes and without fail, she has inspired me to make a really simple but no less spectacular cottage pie with a twist.

Originally, cottage pies are topped with mashed potato. But if you are time pressed or simply lack of motivation of going through the process of boiling, peeling and mashing potatoes, boiled gnocchi is another clever option for a cottage pie topping. 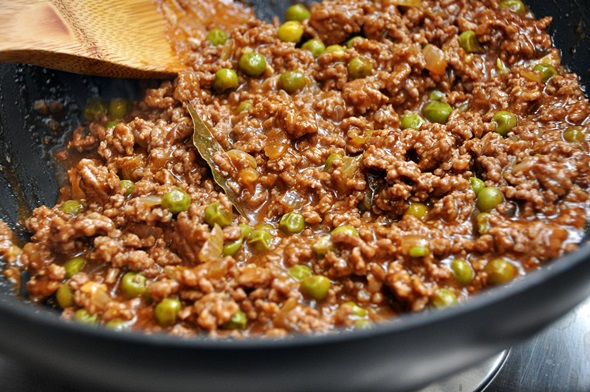 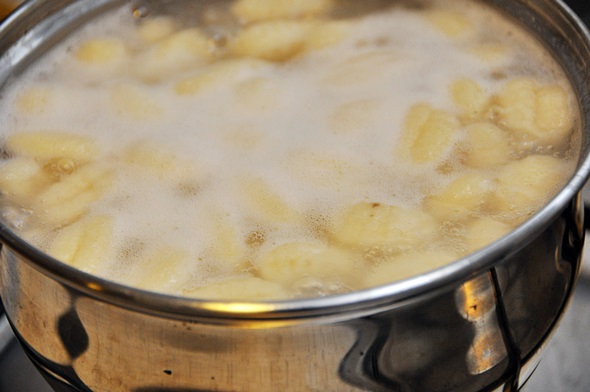 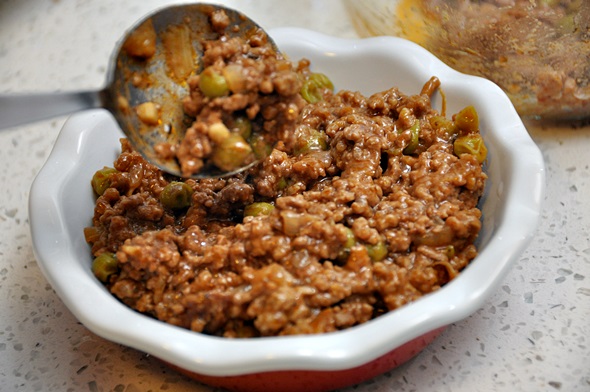 What you’ll need for 3 servings:-

To make the filling: Heat the oil in a frypan over medium heat. Add the onion and saute until translucent. Lower the heat to low and add garlic, tomato paste and flour, cook and stirring for a minute (add a little more olive oil if the mixture appears a little dry). Then brown the beef mince medium heat.  Add bay leaf, thyme, frozen peas and beef broth, cook over high heat until boiling point and turn the heat to low, simmer for 20 minutes. Stir the filling 5 minutes before the end of cooking time, in case it starts to stick to the frypan. Season with salt and pepper. Stir and set aside.  (Note you can prepare the filling ahead of time to ease the cooking process).

To prepare the topping: Cook the gnocchi according to the packet instructions. Drained and toss a little olive oil to prevent the gnocchi from sticking to each other.

To assemble the cottage pie: Preheat oven to 190C/ 374F.  Divide the beef mixture into among 3 mini pie dishes equally and cover the top with gnocchi.  First arrange the gnocchi to cover the filling for all three pies. Once the first layer is done, overlap the gnocchi on top of on the first layer and the subsequent layer until you use up all the whole packet of gnocchi. I would also sprinkle a little cheese before adding the next layer of gnocchi so that the melted cheese will hold the gnocchi together. If you want the gnocchi to appear golden, brush with melted butter before adding a final sprinkling of cheese. Bake in the oven for 15 to 20 minutes until the cheese is melted and blistered. 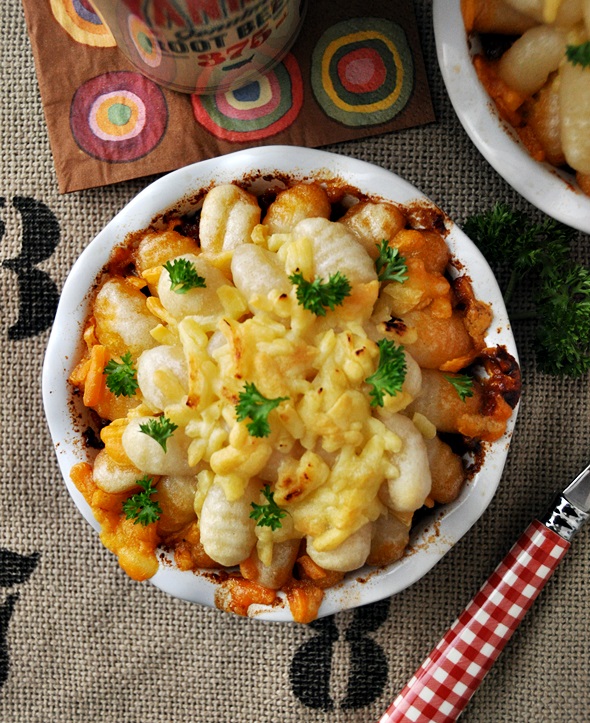 Also, I am so happy to discover that my PB&J sandwich is one of the 7 PB&J recipes featured on www.bonappetite.com! This marks  a great start to my weekend. Thank you for featuring my recipe Bon Appetite Mag! The article can be found here http://bit.ly/17o1VSZ. 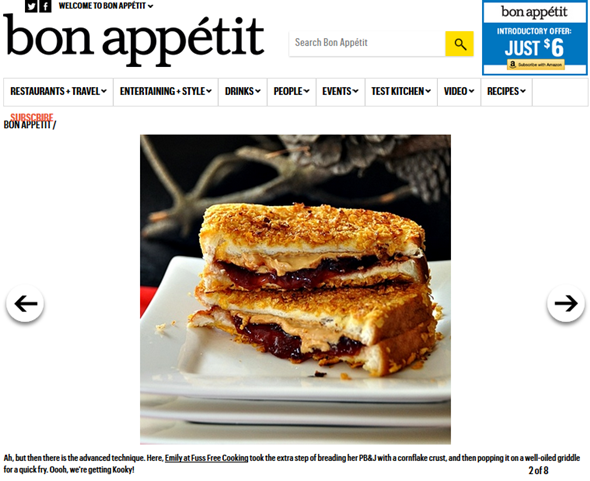