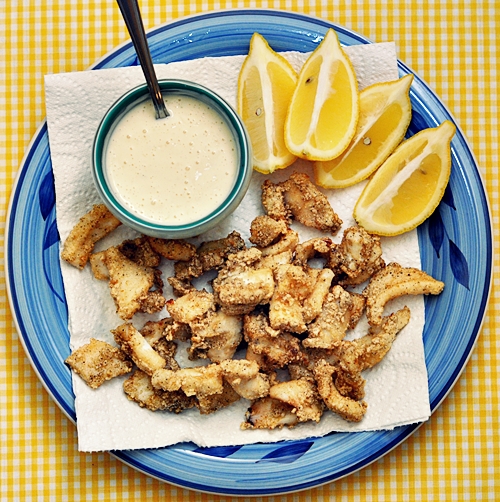 To be honest, there’s nothing really special about squid on its own (sorry squid lovers, it’s true!). As you all will agree that squid itself is pretty tasteless. The texture will get worse if you add time and pressure when cooking it too! It became chewy and  rubbery… seriously make your jaw muscle developed (a definite no no to the shape of my face!).

Despite my minor whinge about the squid above, I still love’em (speaking about true love eh? lol). I love barbecue squid after they are marinated with garlic, lemon and salt. I love when they are curried or cooked in my favourite sambal sauce. I love when they stuffed with meat fillings and then cooked in soup (okay, it’s sounds unusual but trust me, it’s a lovely dish). Among the various ways you can turn squid into delicious dishes, my absolute favourite is when they are deep fried, prefereably lightly battered. You gotta admit that anything deep fried is a crowd pleaser. However I don’t know how I feel about deep fried bubble gum though. 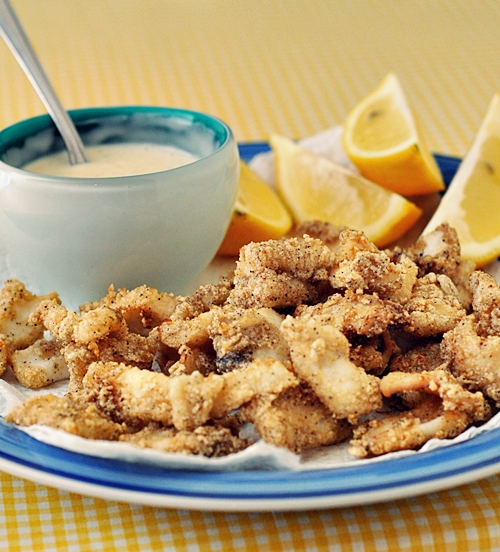 Apart from being really crunchy and as addictive as popcorns (how wish I wish they served crispy squid in the movies :P), it’s not difficult to make it at home (if you use the recipe below and you can get over the fact you need more oil than you used to).  Honestly, its crispy exterior makes you forget how tasteless the innard used to be. It also helps to have dipping sauce such as aioli to go with them.

Everywhere I go, may it be a Chinese or Western restaurants, crispy squid (or under other monikers such as salt and pepper squid, crumbed calamari  etc.) always stands out to me. Somehow there’s a pulling power of crispy squid that made me  salivate by the sound of it.  Do you have the same “weakness” too?

Emily’s Note – If you’ve watched the episode where Ms Lawson made this, it looked like she used small squid including the tubes and tentacles. I think those baby squid are the best (especially the tentacles, my absolute love!) but they are not widely available where I live. Therefore I’m settling for the large squid tubes from the supermarket.

(1) Slide a sharp knife along one side of the squid to open the tube. 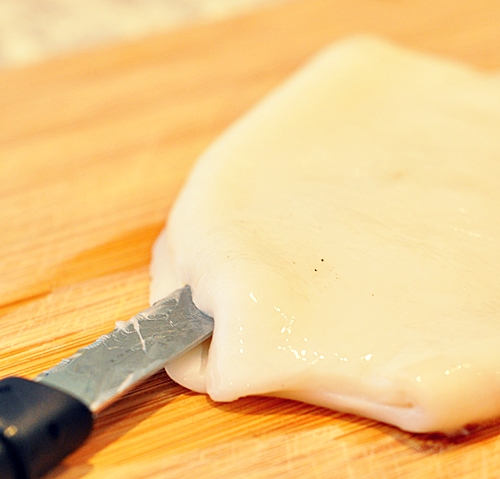 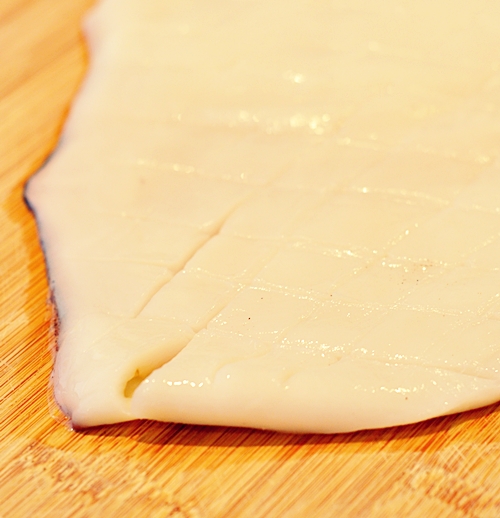 (3) Then slice the scored squid into small pieces.  Repeat steps (1) to (3) with the other squid tube. 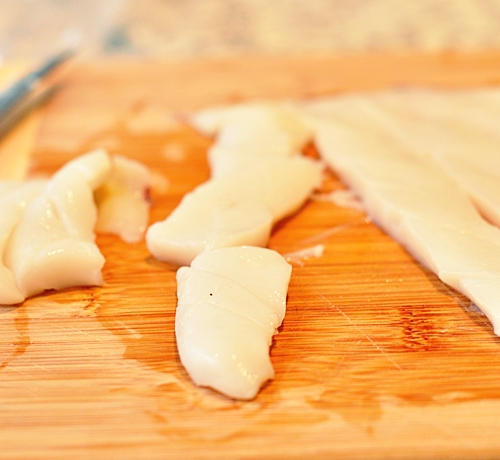 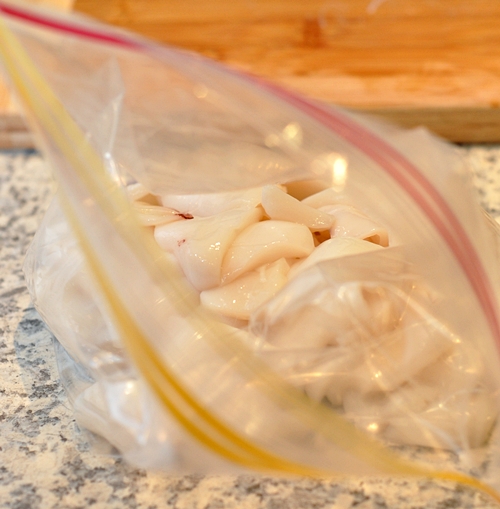 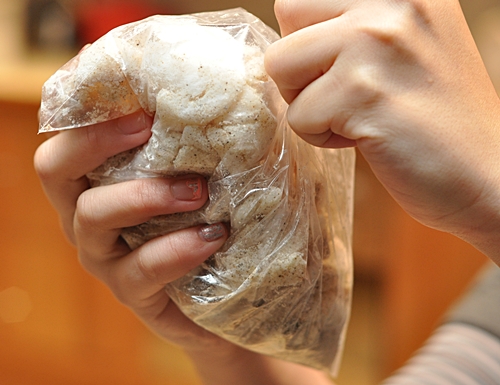 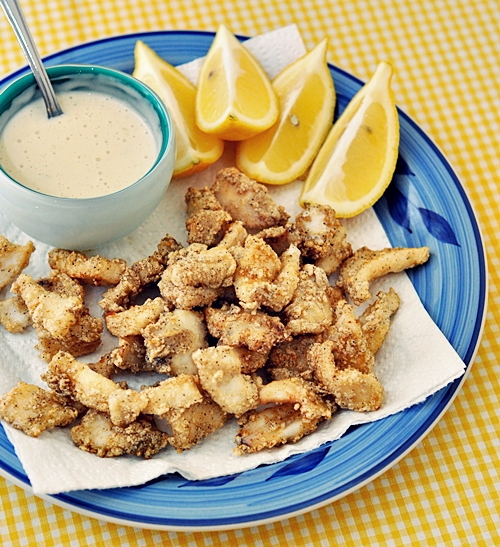 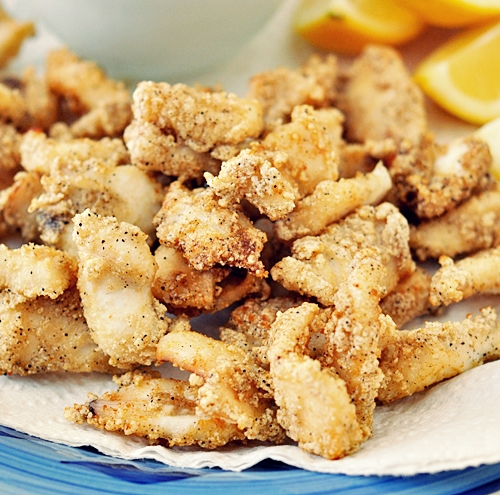 p/s: Apologies for the lack of post for the past week, I’ve been feeling a little exhausted from work and that kinda dampens my motivation for any kind of cooking (even though it’s fuss free). I think my laziness is more powerful than I thought hehe! I’m hoping to be back in full swing this week. 🙂